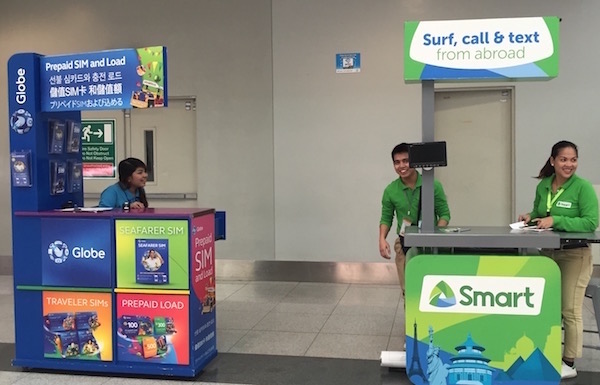 The good news is that 4G access increased at a decent rate from end-January, with Globe Telecom’s LTE availability rising 7.3 percentage points to 62.6 per cent in the period from 1 May to 31 July, and rival Smart’s jumping 12 points to 52.7 per cent.

While the increase is a positive sign, LTE avaliability in the country falls short of the global average (only 19 countries were below 60 per cent) and was even behind Cambodia, which had an LTE availability score of 63.3 per cent in Q2.

The bad news is LTE speeds hardly budged since OpenSignal’s November to January survey, with the average download speed in the country nearly flat at 8.6Mb/s. The Philippines remains significantly below the global 4G average of 16.2Mb/s.

A step backwards
Smart again had the fastest 4G speeds in the latest survey, with an average downlink rate of 10.6Mb/s, up from 9.9Mb/s in the November-January period, but Globe’s declined to 7.2Mb/s from 7.4Mb/s.

Both Smart and Globe’s average 3G speeds actually fell to 2.3Mb/s from 3.4GMb/s during the previous period. The global 3G average is 4.4 Mb/s, as measured in OpenSignal’s June State of LTE report.

OpenSignal, which crowdsources data from smartphones with its app, analysed nearly 1.05 billion measurements collected from about 62,500 devices from 1 May to 31 July.

Globe and Smart, the mobile unit of PLDT, traded places as the market leader by mobile connections over the past three quarters, with each holding a near 50 per cent share at end-June, according to GSMA Intelligence.

Rising capex
Both operators have invested heavily in their mobile networks to improve coverage and speeds. Globe’s H1 capex stood at PHP27.5 billion ($538 million). It installed 1,133 LTE sites in Q2, bringing its 4G base station count to 22,800 out of more than 37,000 total sites.

PLDT is in the middle of a three-year programme to roll out LTE in 95 per cent of the country’s cities and municipalities. It budgeted PHP38.1 billion in capex for 2017, with 68 per cent allocated for wireless infrastructure. It said in March it aims to roll out about 5,700 4G base stations by the end of the year.

While the duopoly try to make up for their underinvestment in the past, the government is pushing a plan to build a national broadband network to accelerate deployment of fibre and wireless technologies to improve internet speeds across the country, particularly in underserved rural areas. The government is considering putting together a public-private partnership to manage the PHP78 billion NBN project, with the possibility of securing private sector funding to deploy cell sites.

The question is how many years and billions of dollars in capex will it take for the two operators to bring their network speeds up to the regional average? At end-June, the Philippines ranked fifth from the bottom in speed out of 175 countries in the State of LTE report. In terms of LTE availability, it was fourth from the bottom, ahead of only Indonesia and India in Asia Pacific.

On the positive side, there’s plenty of room for improvement.