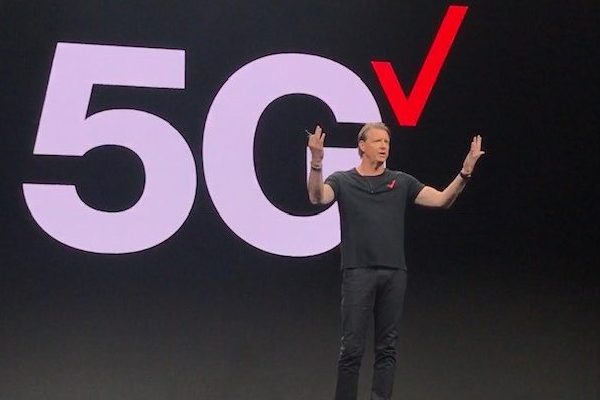 Verizon CEO Hans Vestberg ended speculation over the operator’s plans to employ low-band spectrum for 5G, outlining plans for a nationwide deployment in 2020 alongside expansion of its current mmWave network.

At an investor event, Vestberg said the low-band move would make use of Dynamic Spectrum Sharing (DSS) to enable it to tap its current 4G network for 5G service. Company information states LTE coverage stands at 98 per cent of the population, with a potential market of more than 326 million people.

While Verizon had previously said it would deploy DSS to deliver low-band 5G coverage, Vestberg’s announcement is the first indication of its strategy. However, he stopped short of actually stating when the move would happen, saying only that Verizon would “launch that when we think it’s commercially right, when we see it’s enough handsets out in the market”

Bloomberg speculated the launch could be timed to coincide with the release of compatible iPhones later in the year.

The move will not mean an end to mmWave expansion, though, with Vestberg noting it aims to cover more than 60 cities by end-2020. To achieve this, Verizon will add five-times more small cells than it did in 2019, when it deployed service in 31 US cities.

“That tells you that we’re not only expanding markets, we’re also expanding coverage in all these markets we’re into”.

He added the operator will also broaden its mobile edge compute operations to more than ten locations across the country.

Challenges
Given its DSS plan, it was no surprise that CTO Kyle Malady sought to allay fears about the technology’s commercial viability recently raised by rival T-Mobile US, based on vendor delays and technical challenges.

Malady said Verizon already has DSS hardware and software available, and will deploy the technology before launching the low-band service.

While he acknowledged DSS does eat into mobile site capacity (one of the concerns cited by T-Mobile), he added “we’ve known this so that’s why a year ago or more we started adding more 4G capacity so we could take care of this….We feel very good about it”.

Subscribe to our daily newsletter Back
Previous ArticleFacebook experiments with hobby app
Next ArticleThai operators bid $3.2B on 5G