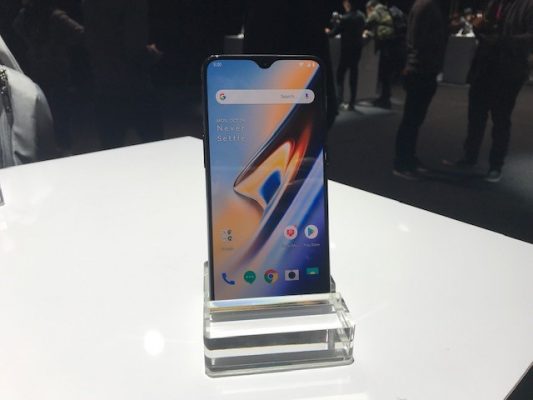 OnePlus revealed the new 6T smartphone will be its first available through a US operator thanks to a distribution agreement with T-Mobile US, securing a win where larger Chinese rival Huawei failed.

While the 6T sports the same Snapdragon 845 processor and dual 16MP and 20MP main cameras as the OnePlus 6, it features a larger 6.4-inch AMOLED display with smaller notch and chin; a 3700mAh battery; and a new in-display fingerprint reader.

Operator options
However, the distribution deal with T-Mobile is arguably OnePlus’ crowning achievement with the 6T given the operator-dominated nature of the US smartphone market and the inability of competitors including Huawei to secure the same.

While unlocked OnePlus hardware was already compatible with T-Mobile and AT&T’s networks, having the device in the former’s more than 5,600 stores will allow it to reach a much broader audience. It also marks the first time OnePlus users will have access to device financing.

“Our mission is to sell the best technology in the world and that means making ourselves more accessible,” OnePlus CEO Pete Lau said at the 6T launch event in New York City.

With a new set of antennas in the 6T, OnePlus also quietly expanded unlocked device support to include another major US operator: Verizon. The device still isn’t compatible with CDMA, but will work on Verizon’s LTE network.

OnePlus said it now supports a total of 233 operators across 74 countries.

The 6T will be available in the US starting 1 November. Sales for customers in Europe will open 6 November.

5G ambitions
The vendor also highlighted a partnership with Qualcomm, noting the pair are working together on 5G technology and have already conducted test calls over a 5G network.

OnePlus executives didn’t specify which future device will come equipped with the technology, but said it will release a 5G device in 2019. The OnePlus 7 is expected to be released in the first half of 2019.