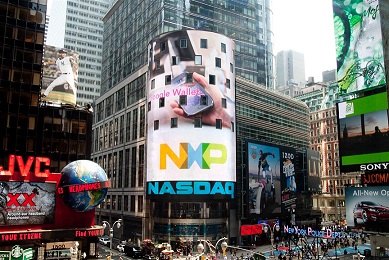 The European Commission (EC) extended the suspension of its investigation into a proposed merger of Qualcomm and NXP Semiconductors, with Reuters reporting the watchdog is awaiting information from the companies.

An EC probe was initially suspended on 30 June, with a second suspension on 17 August, according to newly-reported information. No date was given for a decision; initially, the EC was due to report by 17 October, which subsequently shifted to 6 December.

The Commission opened a full investigation into the deal earlier this year, at which point it expressed concern the merger could “lead to higher prices, less choice and reduced innovation in the semiconductor industry”.

Prior to this, it was reported Qualcomm was looking for the deal to go ahead without making any concessions. It was not revealed if Qualcomm subsequently changed its approach in order to address the watchdog’s concerns.

There have been other hurdles for the deal.

When the deal was initially announced, Qualcomm positioned it as a way to bolster its proposition in markets adjacent to its core mobile business, including in IoT and security applications.

The transaction was expected to close before the end of 2017.