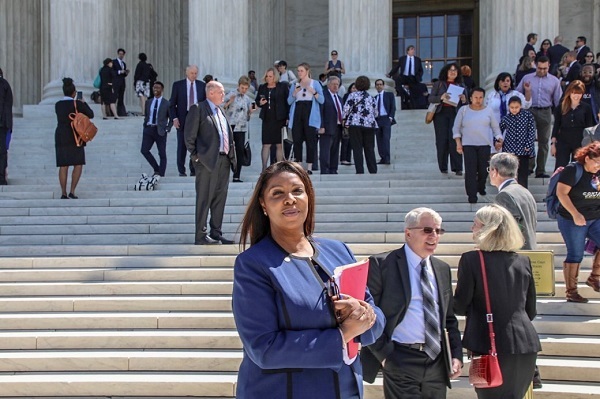 The attorney general leading an effort against T-Mobile US and Sprint’s proposed merger pledged to soldier on, despite losing another state from a lawsuit aiming to block the deal.

Nevada yesterday (25 November) became the fourth state to defect from the court case, a move announced hours after Texas also dropped out. The pair followed Mississippi and Colorado in withdrawing from the lawsuit.

New York attorney general Letitia James (pictured), who is leading the action, told Mobile World Live the deals struck with Texas and Nevada “do not resolve the fundamental anti-competitive concerns at the core of this case”, namely a reduction in “competition in the mobile marketplace” as a result of the merger.

“We remain committed to litigating this matter and look forward to the commencement of trial in less than two weeks.” The case is scheduled to go to court on 9 December.

Deal
In a statement, Nevada attorney general Aaron Ford explained the agreement with the operators resolved key concerns related to the merger’s impact on jobs, innovation and tariffs.

As part of the deal, T-Mobile agreed to deploy a 5G network covering at least 64 per cent of Nevada’s population with download speeds of 100Mb/s or greater within three years of the deal’s close, with coverage expanding to 94 per cent of the general population and 83 per cent of rural residents within six years.

Additionally, Nevada secured several jobs-related pledges, including promises to offer all existing Sprint and T-Mobile employees in the state comparable jobs with the merged company, and the launch of a paid apprentice programme.