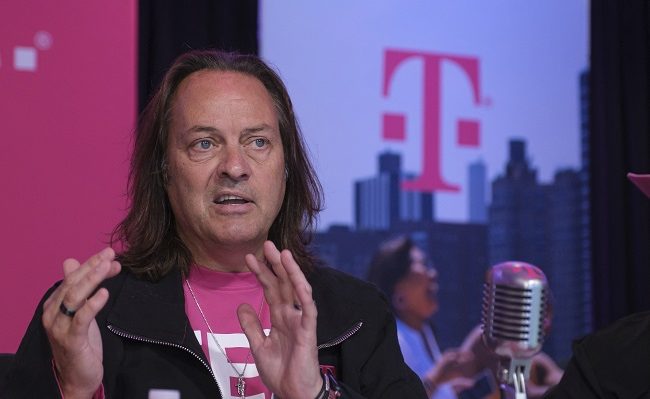 T-Mobile US appealed to the hearts and minds of America in a final push to win over critics of its pending merger with Sprint, pledging to deliver free services to schoolchildren and emergency services once the deal closes.

The operator made the pitch as it announced it would light a nationwide 5G network on 6 December, which will initially cover 200 million people using its 600MHz spectrum. The network expands on its deployment of 5G based on mmWave in six cities in June.

Key in the announcement were pledges around free access, which the operator framed as the first uncarrier moves by “New T-Mobile”.

These include the Connecting Heroes programme, which will offer 5G service and priority access to all state and local emergency service providers for ten years with no data caps or throttling; and Project 10 Million, provisioning five years of home broadband and hotspot access for 10 million households with school-aged children.

On a call with journalists, T-Mobile CEO John Legere (pictured) noted Project 10 Million will reach nearly a third of US homes with children, providing 100GB of data each year to help close a so-called homework gap. COO Mike Sievert added service will be allocated based on state population, and provided to families who meet an unspecified income threshold.

It also detailed T-Mobile Connect, a new line of consumer 5G tariffs with prices starting at $15 per month for unlimited talk and text with 2GB of data, and $25 tariff for 5GB of data. Both include annual allowance increases of  500MB over a five-year period.

Sievert said the operator aims to deploy the programmes as soon as possible following the close of the merger.

The executives stressed the initiatives are contingent on its tie-up with Sprint, a condition Legere said should not be construed as a threat. He noted the operator is simply incapable of executing without the added capacity and scale the deal will provide.

He added there’s no guarantee the commitments will assuage the concerns of state legal officials which remain part of a lawsuit aiming to block the deal, but acknowledged they address some of the key concerns laid out in settlement negotiations taking place ahead of the start of a trial next month.