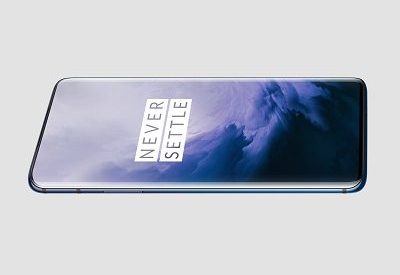 In a statement, RootMetrics said the test, which took place in London on UK operator EE’s network, found the OnePlus achieved peak speed of nearly 700Mb/s, beating the Samsung Galaxy S10 5G which capped at just under 550Mb/s.

The Samsung was, in fact, the slowest, with the LG V50 ThinQ 5G and Oppo Reno 5G reaching around 600Mb/s. 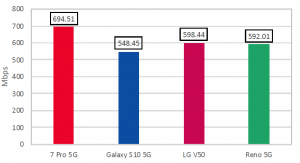 OnePlus 7 Pro 5G was one of the first 5G phones available in the UK.

CEO and co-founder of OnePlus, Pete Lau, said the results demonstrated “we have delivered a best in class 5G product for our users”.

The company said it was faced with a number of challenges when designing the device and its engineers had to design its own 5G antenna as vendor components were too thick, which would have resulted in a substantial size increase.

“Instead of compromising, our engineers designed their own antennae, which were better suited to the famous OnePlus design philosophy, combining form with function, enabling the sleek profile of the handset without losing any performance,” added the company.