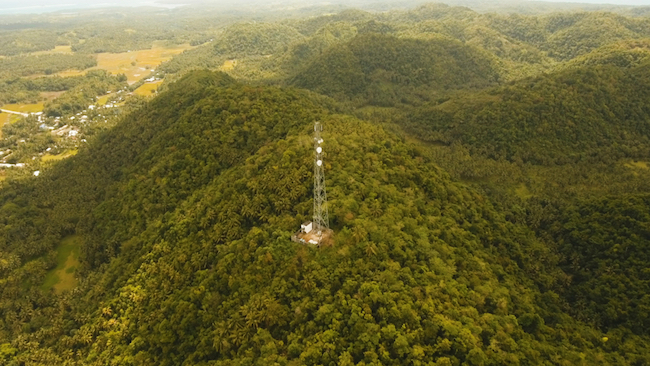 Over the course of 2019, we witnessed an increasing synergy between operators and governments in Europe to close mobile not-spots, especially in rural areas.

Deals for network sharing in the UK and Germany are already in the works, plans which demonstrate a common desire to put an end to mobile coverage gaps in places where demand for ultra-fast services might not seem to be of the greatest value, but the need for digital inclusion and connectivity is stronger than ever.

Stated as a world-first in the industry, the agreement for developing a Shared Rural Network proposed in October between the UK government and the country’s four major operators will see both sides investing heavily in a shared network of new and existing masts. Similarly, German operators Deutsche Telekom, Telefonica Deutschland and Vodafone Germany signed a letter of intent on network sharing in rural areas and along transport routes.

Both deals are expected to be formally signed in 2020.

Costs cuts
UK and German operators are clearly making a big push to address coverage gaps in their respective markets. But, why is this happening now and what is motivating the efforts?

In the UK, regulator Ofcom outlined plans in December 2018 to implement binding conditions in spectrum licences to be auctioned in early 2020, including a requirement for operators to increase coverage in rural areas in exchange for discounted spectrum.

Ten months after the proposal EE, O2 UK, 3 UK and Vodafone UK committed to the goal of improving coverage through the Shared Rural Network project. Ofcom hailed the move and pledged to revise proposals on auction design to exclude the coverage obligations.

Kester Mann, director of consumer and connectivity at CCS Insight, said the regulator’s move “acted as a catalyst for industry to come together and suggest an alternative solution”.

The joint agreement for rural network sharing between the UK operators was “a rare example of successful collaboration between mobile operators more often engaged in cut-throat competition to attract and retain subscribers”, Mann added.

In Germany, he explained operators were motivated to team up after “a controversial 5G spectrum auction earlier this year that saw operators splash out far more than expected to secure vital airwaves”.

PP Foresight analyst Paolo Pescatore noted operators are under considerable financial pressures, which could be seen as partial explanation for the drive to share networks.

“Margins are being squeezed while average revenue per user remain flat or decline. This is further compounded with the rush to launch 5G networks. Attention quickly now turns to making 5G more widely available to users. This means greater coverage, more spectrum, lower chipsets and more devices. However, telcos will struggle to make money and recoup the significant investments needed in 5G”.

Pescatore expects operators to place greater focus on cutting costs by offloading assets, as well as stepping-up efforts in network sharing. He added the first moves towards network sharing were seen during the 3G era.

European landscape
Mann argued the agreements in the UK and in Germany aimed to curb costs and accelerate timelines to support regulatory plans to improve rural coverage.

Pescatore pointed to operators’ move to more software driven architectures, allowing them to reduce capex in costly hardware which, in turn, helps to increase coverage and connectivity in poorly served areas.

“The UK is starting to regain its network leadership with 5G and moves like the shared rural network represents a blueprint for other countries who all struggle to serve hard-to-reach areas”, he argued.

It may come as no surprise that two of the largest European economies are leading a charge on addressing mobile coverage issues.

Will they, however, pave the way for other markets on the continent and spark a new tendency of broadened focus to rural areas?

Mann believes models probably need to become more creative and innovative in order to make the business case for investment in mobile networks stack up. “This will be particularly relevant as we move into the 5G era, and initiatives like Shared Rural Network could be just the start”, he noted.

He highlighted Poland as a potential candidate for collaboration in network sharing, as proposals have been put forward for a single national 5G network at 700MHz.

“And it wouldn’t surprise me to see a European city take the plunge and deploy all 5G mobile infrastructure through a third party”, the analyst argued.

Challenges
Each of the network sharing deals will provide a boost to those living and working in remote areas. However, these moves will simultaneously present challenges to operators, including potential difficulties around the expectation of working towards a common goal, while also seeking to lead the industry.

Mann outlined collaboration as a main challenge for operators, along with access to fibre and power as both are less available in remote areas, but are “vital to supporting any mobile network”.

Intelligence Brief: Why does Europe need a new competition paradigm for 5G?

Blog: Why is the UK lagging so badly on convergence?

Blog: Is next Apple Watch perfect timing for LPWA?