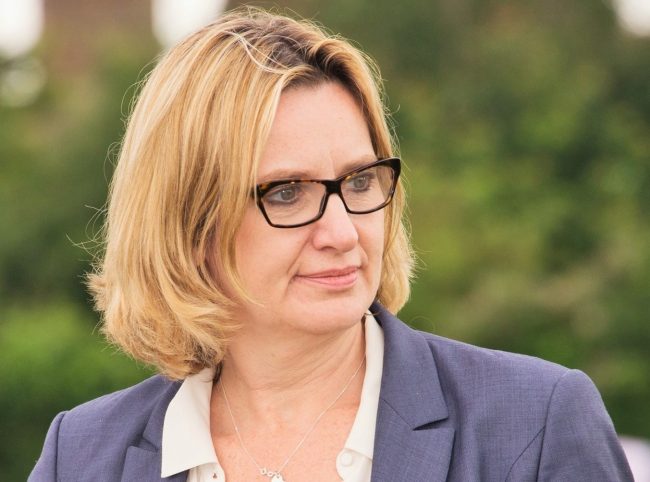 “Who uses WhatsApp because it is end-to-end encrypted, rather than because it is an incredibly user-friendly and a cheap way of staying in touch with friends and family?” Rudd asked in an article in The Telegraph, adding: “the inability to gain access to encrypted data in specific and targeted instances…is severely limiting our agencies’ ability to stop terrorist attacks.”

End-to-end encryption scrambles a message through the network so it can only be read by the person it is intended for, which helps counter the threat of cyber attacks.

Security vs. privacy
Jim Killock, executive director of UK digital liberties group Open Rights Group, said Rudd’s comments were “dangerous and misleading” and believes “it is not the home secretary’s place to tell the public that they do not need end-to-end encryption.”

“Some people want privacy from corporations, abusive partners or employers. Others may be worried about confidential information, or be working in countries with a record of human rights abuses,” he said.

Meanwhile Tim Gallagher, CEO of SafeSwiss, which makes encrypted messaging apps, said: “Legislating against cryptography will drive encryption underground. It will open the doors to malicious attacks from adversaries everywhere.”

“Banning or legislating encryption apps is not the answer, this is a true paradox of security against privacy,” he added.

Gallagher said having backdoor access to apps was like a US transport security administration’s requirement all baggage travelling through the US must be equipped with locks which can be accessed with a master key. A CNN investigation found thousands of incidents of theft, he said.

He believes governments cannot be trusted with this access and “would be better placed to put resources into the source of the problem – the continued brainwashing of predominately youth under the guise of religion.”

This week, Rudd met with representatives from companies including Google, Facebook and Twitter at a Global Internet Forum to Counter Terrorism conference.

Productive couple of days in Silicon Valley where the big internet companies agreed to step up the fight against online terrorist material. pic.twitter.com/OiqYOpn3Uo

In a statement, the companies taking part said they were co-operating to “substantially disrupt terrorists’ ability to use the internet in furthering their causes, while also respecting human rights”.

This is not the first time Rudd targeted encrypted messaging services. Following an attack on the UK’s Parliament building in March, she said Facebook’s WhatsApp messaging platform should open its encryption to security services to help prevent terrorist attacks.

In May, it was reported operators in the UK could be obligated to provide the government with real time access to citizens’ data.