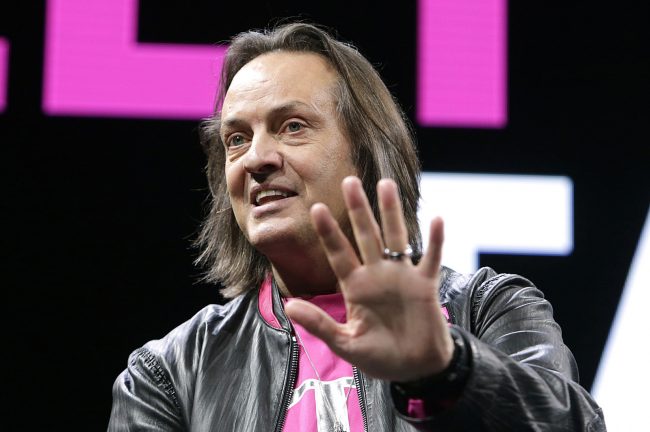 T-Mobile US CEO John Legere (pictured) pledged to use its “uncarrier” model to take the fight to cable and satellite TV players, as the operator stepped up its mobile video strategy with plans to launch a new online TV service and an agreement to acquire Layer3 TV.

In a statement, T-Mobile said it had signed a definitive agreement for the TV technology company for an undisclosed amount, with the deal expected to close in the next few weeks. T-Mobile US will then integrate with the Layer3 team to develop and launch its own TV service in 2018.

Layer3 currently operates in five states, and uses its platform to integrate TV, online video and social media content. It is available online and on mobile devices, offering more than 275 channels and 25,000 on-demand titles.

Speaking in a YouTube post, Legere said T-Mobile was already changing the “second most hated industry in America” (mobile) and it was now ready to take on “the number one most hated, big cable and satellite TV”.

Name-dropping major players including Comcast, Charter and Time Warner in his video post, Legere stated the way people watch TV is going through enormous transformation as the internet becomes the mobile internet.

“People love their TV, but they hate their TV providers. And worse, they have no real choice but to simply take it – the crappy customer service, clunky technology and outrageous bills loaded with fees,” he said.

While the deal is positioned as a direct assault on the established cable and satellite players, T-Mobile will also come up against its more traditional rivals AT&T and Verizon in the crowding online TV segment.

AT&T operates online TV service DirecTV, while Verizon this week expanded a partnership with the NFL to stream American football games via mobile. Verizon also plans to launch its own online TV service in 2018, despite several delays, while AT&T is currently working its way through regulatory opposition to acquire Time Warner.

Millennials the target
Legere said mobile was now the number one way for millennials to watch TV and other media, as 2.7 million people “had the cut the cord” in the last two years.

In just the first half of 2017, Legere said big cable TV providers lost 1.6 million subscribers, but this did not reflect a decreasing interest in TV itself.

Opening up on plans for its own service, T-Mobile said it wanted to increase consumer choice in the TV market and push away from a traditional cable model which ties people into long-term contracts, high bills, big bundles and closed systems.

“We’re putting an end to all that…we’re going to bring real choice to this industry once and for all,” Legere stated: “This is the mobile age. We’re going to build TV for people that love TV. TV that you’ll be able to watch on every connected device you have.”

“We are just at the tip of the iceberg. With 5G this convergence [between mobile and video] will massively accelerate. Today’s move is in anticipation of T-Mobile’s plans to be the first to have nationwide 5G.”

Providing an insight into the potential revenue opportunities, Legere added on the call the company would target revenue from both subscription and advertising models.