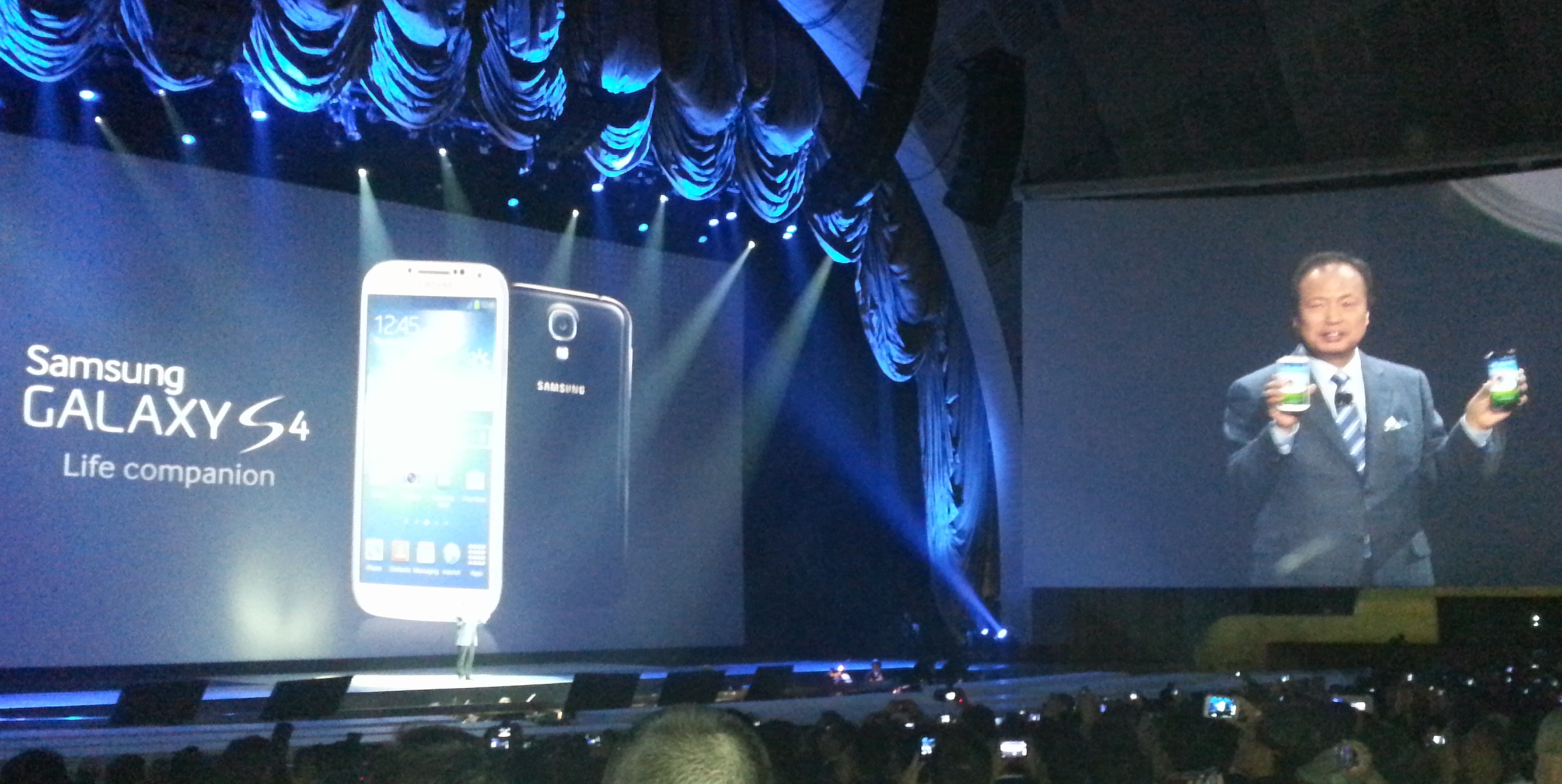 LIVE FROM SAMSUNG UNPACKED EVENT, NEW YORK CITY: Samsung has taken the wraps off its eagerly anticipated Galaxy S 4 smartphone in a lavish and arguably over-the-top Broadway-themed event at Radio City Hall, with the device featuring a range of new technologies designed to help the South Korean firm strengthen its dominance over rivals.

The 5-inch touchscreen device is bigger and thinner than its predecessor, and will be available from 327 operators in over 150 countries by the end of April. LTE connectivity was talked up by Samsung Mobile’s president JK Shin as a major selling point, and the S 4 will support dualmode TD-LTE and FDD-LTE flavours of the technology later this year. 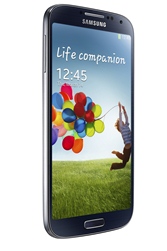 However, it is features such as ‘smart pause’, ‘air gesture’ and ‘eye tracking’ that are likely to make the S 4 stand out from the competition.

Using “smart pause”, the user can pause a video by looking away from the screen, and the video will then automatically resume when the user looks back at the content.

Meanwhile, ‘air view’ allows users to preview the content of an email, S Planner, image gallery or video by just hovering their fingers over the screen, while ‘air gesture’ enables users to change a music track, scroll up and down a web page, or accept a call with the wave of a hand.

Eye recognition technology analyses both the user’s eyes and wrist to scroll through emails and other content, although demos did appear to suggest that tilting the phone via the wrist had more impact on the content than any change of eye movement.

Another new concept was the use of ‘dual camera’ technology to enable the photographer to actually appear in a photo or image, via a 2MP front-facing camera and a 13 MP camera on the back.

Samsung is also taking a leaf out of BlackBerry’s book by separating business and personal data, embedding a recently announced service called Samsung Knox within the S 4 (BlackBerry dubs its own service BlackBerry Balance). It also showcased its new S Translator service, which provides both text-to-speech and speech-to-text functionality in nine languages.

Interestingly, the company’s hour-long unveiling – its first major smartphone event in the US – made no mention at all of Google or its Android platform, with Samsung instead keen to talk up content improvements to its Samsung Hub service and overall growth of its own software offering. Despite the lack of reference to Google, the S4 will still support the Google Play application store and of course will run the latest version of Android.

The company made no mention of sales expectations for the device, but the S 4 is crucial to Samsung’s future success as the world’s number one smartphone vendor. The South Korean vendor will no doubt be aiming to improve upon the 50 million Galaxy S 3 units sold since launch last year.

Watch our video feature report live from the event here.