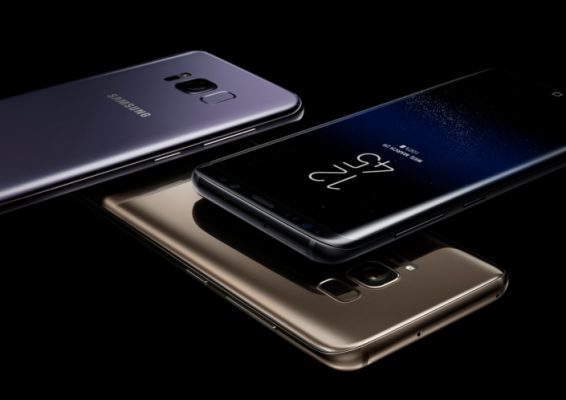 All eyes were on Samsung, which unveiled the Galaxy S8 and S8+, featuring iris and facial recognition as well as an ‘infinity display’, as the vendor looks to recover from the Galaxy Note 7 battery debacle.

The company said the smartphone features “the industry’s first” 10 nanometre processor “enabling heightened speed and efficiency.” It is gigabit LTE and gigabit Wi-Fi ready, providing the capability to offer data rates of up to 1Gb/s.

Samsung did not shy away from alluding to the challenges it faced in 2016. DJ Koh, president of Samsung Electronics’ Mobile Communications business, said the new devices “are our testament to regaining your trust by redefining what’s possible in safety and marks a new milestone in Samsung’s smartphone legacy.” The devices went through an eight-point battery safety check, the vendor said.

The phones have a 5.8-inch (S8) or 6.2-inch (S8+) display with a “bezel-less design”, and what Samsung is calling an infinity display: “pure, uninterrupted glass” as well as Corning Gorilla Glass 5.

Bixby
Samsung had already announced Bixby, an intelligent interface accessible from a dedicated button on the side of the devices, but the feature is currently only available for US English and Korean languages. Samsung promised “more language support to follow”, but gave no indication of when this will happen.

There was more emphasis on its vision feature (rather than voice), through which users can, for instance, take a picture of a building to find out what it is called, and get information about nearby places of interest.

“As the Bixby ecosystem grows, it will connect across devices, apps and services as a ubiquitous interface, and open up new experiences and scenarios to simplify life,” the firm said.

IHS Markit analyst Ian Fogg wasn’t positive on Bixby, saying it “falls short of its goal of being a comprehensive AI assistant because of weak app integration and limited voice compatibility.” He added: “Samsung has had little time to develop Viv since the acquisition. For now, Bixby integrates with only a handful of Samsung’s own apps and officially is only compatible with US English and Korean voices, unlike Google Assistant which also ships on the S8.”

However, Fogg expects this week’s launch to have a strong impact on Samsung’s sales: “Assuming the S8 has no significant hardware issues, IHS Markit forecasts Samsung will ship 331 million smartphones in 2017 – up 6.8 per cent from 2016 as Samsung counters a strong recent performance from Apple and competitive pressure from Chinese handset makers.”

Samsung also introduced DeX, a service transforming the smartphone into a desktop PC, as well as Samsung Connect, an app through which users can activate IoT-enabled devices.

The Galaxy S8 and S8+ will be available in the US on 21 April and in other global markets on 28 April. The units come in four colours: Midnight Black, Orchid Gray, Arctic Silver, Coral Blue and Maple Gold.