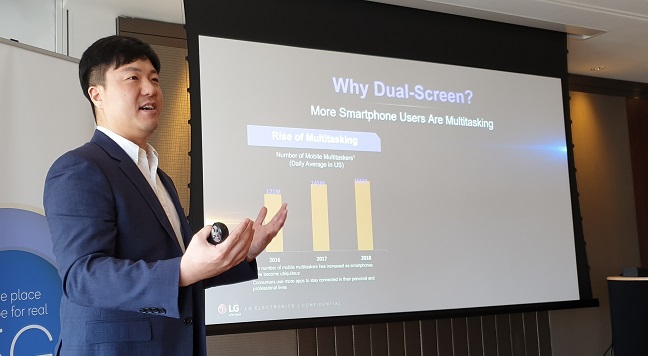 LIVE FROM IFA 2019, BERLIN: LG Electronics launched its second device featuring a dual-screen design, a form factor which has comprised a quarter of the manufacturer’s 5G handset sales in its home market of South Korea.

The LG G8X ThinQ features a 6.4-inch OLED screen, Qualcomm Snapdragon 855 chipset, 8GB RAM, a 12MP rear camera and 32MP front camera. It comes in a case housing a second screen, which runs off the main handset and is the same size as the device’s primary display.

Unlike foldable devices, which look likely to offer seamless media across the whole display, LG’s two screen set-up is designed primarily for multitasking, with enhanced media and gaming experiences an additional selling point.

During its press conference, LG said the fact it opens applications on a single screen means it is compatible with existing apps and uses Android extended screen APIs, removing the need to develop specific apps for the form factor.

The additional screen is detachable from the main unit, reducing the weight of the handset. 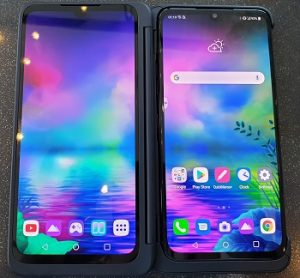 Enhancements
LG showcased the form factor in the V50 ThinQ 5G during MWC19 Barcelona, but has since made a number of changes to the design following feedback based on the first device.

At its IFA press conference, the company said the new device had a larger, thinner and lighter display compared to the V50 ThinQ 5G, with both displays now the same size. Power used as a result of running the two screens has also been reduced.

LG also added a small display to the outside of the cover to alert users to calls and offer basic notifications.

Senior product manager Kyle Yoon (pictured) said: “A lot of new form factors are coming and we decided to go with dual screen, why? Because consumers are doing more things on their phones.”

“In the market today LG’s dual screen is the only new form factor that has been commercialised. With this proven success in Korea we want to bring this experience globally, especially to the European market.”