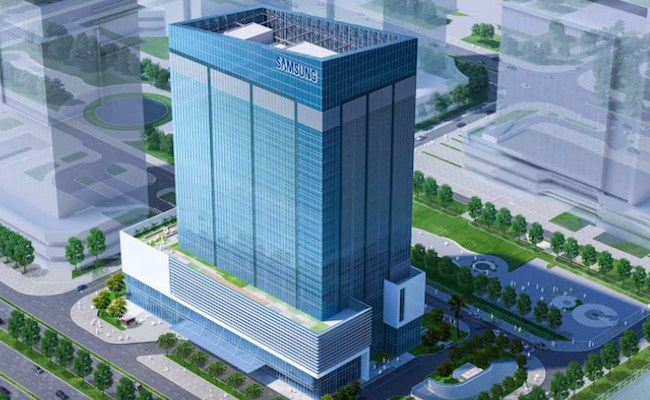 Samsung commenced construction of a $220 million R&D centre in Hanoi which will focus on 5G network technology among a host of other leading next-generation technologies, as the vendor looks to cement its position as a player in the infrastructure sector.

The smartphone giant’s Vietnam unit said the 16-floor facility will be the company’s largest in Southeast Asia, with up to 3,000 staff set to be employed when construction is complete by end-2022. In addition to 5G, the centre will focus on developing AI, IoT, and big data systems.

Samsung invested about $17 billion in Vietnam, making it the country’s largest overseas investor: it already employs 2,200 R&D staff in the country and the vast majority of Samsung smartphones are now produced there.

In October 2019, the vendor announced it stopped mobile phone production in China, shifting production to other manufacturing sites to improve efficiency.

Data from Vietnam’s General Statistics Office showed exports of mobile phones and components in the first nine months of 2019 reached $38.6 billion, with Samsung accounting for the vast majority.

With about a 13 per cent global share, the county is the world’s second-largest handset exporter after China.

Subscribe to our daily newsletter Back
Previous ArticleNokia CEO Suri to step down
Next ArticleHuawei LightSite: Cost-Effective DIS Solution for 5G Indoor Coverage