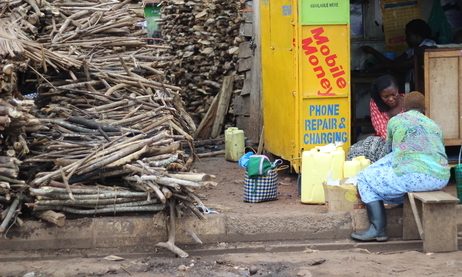 During MWC19 Barcelona, the GSMA released its annual mobile money report, which showed further astounding growth in Africa. But there remains several large countries in the region with low financial inclusion rates, where operators are struggling to make the impact they would like.

However, this may be set to change. In the 2018 State of the Industry Report on Mobile Money, the GSMA said reform in Africa’s three largest countries, Nigeria, Ethiopia and Egypt, could “spark a wave of adoption”.

It expects changes in regulation to lead to more than 110 million new mobile money accounts being opened in these countries in the next five years, which would provide a significant boost both to the economies involved and for operator influence in these markets.

The association’s figures showed slightly fewer than 40 per cent of Nigeria’s 111 million adult population had any kind of account offering financial services. In Ethiopia this is around 35 per cent (of a population of 64 million). The figure is 33 per cent in Egypt, which has a population of 67 million.

In comparison, several markets in Africa have mobile money penetration rates of above 60 per cent.

The GSMA concluded this imbalance is due to a variety of “unfavourable market conditions” including regulation limiting competition. Ethiopia was also cited as having low levels of internet connectivity and financial literacy.

However, in the report it pointed to regulatory reforms in both Egypt and Nigeria, which are set to specifically help the mobile money industry, and moves to open the Ethiopian mobile market.

In Nigeria the bank-led mobile money industry looks set to be shaken by allowing mobile operators to offer limited financial services in the form of payment service banks, while Egypt’s central bank released a report backing mobile money in August 2018.

Ethiopia’s telecoms market looks set to be opened up by authorities. In 2018, Safaricom was rumoured to be assessing Ethiopia as a potential expansion market for m-Pesa.

Taxation
However, as always the threat of taxation and regulation hangs over the sector.

The optimistic tone for the future of the industry and further expansion of mobile money services was echoed by a panel of mobile money industry experts during a panel hosted by Mobile World Live (available to view in full here).

Ruan Swanepoel, head of mobile money at the GSMA, said in two of the three “sleeping giants”, reforms had been passed which could allow mobile operators to make a similar impact as in areas where money services had done very well.

“There’s a huge opportunity to unlock these markets as regulators and governments start taking on the challenges of providing more enabling regulation, though taxation is a key concern,” he added.

Ruomeng Wang, senior analyst at IHS Markit, noted although the concept of mobile money was not new, in these markets authorities needed to work out how to regulate it.

“If they have really flexible regulation there would be hundreds of service providers there, but you will damage the trust from the consumer side,” she noted.

Orange EVP mobile financial services MEA Patrick Roussel warned that without correct tax policies being in place there was a risk of duplicating levies on services. He added the service provider, merchant and end user could all end up paying fees on the same transaction.

Only time will tell if the GSMA’s bold predictions in these markets can be achieved, but if they are it will undoubtedly be due to hard work of operators and willingness of authorities to provide enabling regulation and appropriate levies.

Subscribe to our daily newsletter Back
Previous Article4YFN Interview – JIVR
Next ArticleIntelligence Brief: MWC19 summed up in 5 pictures

Blog: Who will win the race for Ethiopia?