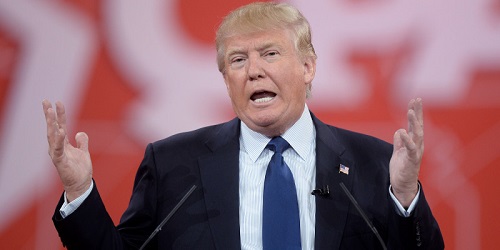 US President Donald Trump’s (pictured) administration highlighted 5G deployments as a national priority, naming them as a key factor in improving domestic infrastructure and boosting the economy.

In particular, the administration flagged “improvements in bandwidth, better broadband connectivity and protection from persistent cyberattacks” as necessary to support future economic growth. Deployment of a nationwide “secure 5G internet capability” will help “increase national competitiveness, benefit the environment and improve our quality of life,” it stated.

The mention came in the White House’s new National Security Strategy report, released on Monday (18 December). The paper did not include details about the cost of, or funding for, these deployments.

Meredith Attwell Baker, CEO of wireless industry association CTIA, said in a statement the group is pleased the administration recognised the “critical importance” of 5G services, but noted government help is necessary to maintain a first-mover advantage.

“We are locked in a race with countries such as China and Russia to be the first to deploy 5G. To win this race we need government to make more spectrum available to industry and modernise the rules governing the deployment of wireless infrastructure.”

Other highlights
In the wake of the US Federal Communications Commission’s repeal of net neutrality regulations, Trump’s strategy report also promised the US will “protect a free and open internet” through advocacy for “open, interoperable communications, with minimal barriers to the global exchange of information and services”.

Support for science, technology, engineering and mathematics (STEM) development programmes, and increasing incentives to hire and retain STEM employees at the federal level was also highlighted.

The emphasis likely relates to a commitment detailed in the report to “lead in research, technology, invention and innovation”. As part of the focus, the US will prioritise emerging technologies including artificial intelligence, data science, encryption and autonomous.