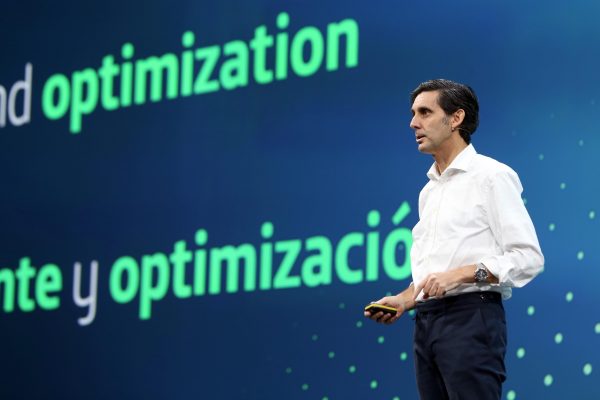 Telefonica chief Jose Maria Alvarez-Pallete (pictured) hailed a significant milestone in a transformation programme during 2018, as the company reported mixed numbers for the year.

The executive said Telefonica “passed the halfway mark” in its makeover and had “regained customer relevance, resulting in the best-ever figure of customer satisfaction”.

The company reported a Q4 net profit attributable to shareholders of €610 million, down 11.9 per cent from €693 million. Revenue of €12.9 billion was 1.9 per cent lower. It cited factors including gains from hyperinflation adjustment in Argentina; the adoption of IFRS 15; tower sales; costs associated with restructuring; and a goodwill write-off in Mexico.

The company said revenue grew on organic terms for both the fourth quarter (3 per cent) and full year (2.4 per cent).

Highlights included the fact it has more broadband customers on fibre or cable (61 per cent) than copper. It is also generating organic revenue growth in its home market of Spain for the first time in ten years, with record profitability in Brazil.

The company also noted a €2.4 billion reduction of debt to €41.8 billion, with a further €1.4 billion-worth of deals in central America taking place after the end of the period.

For 2019, Telefonica anticipates organic revenue growth of around 2 per cent, with OIBDA growth at the same level.