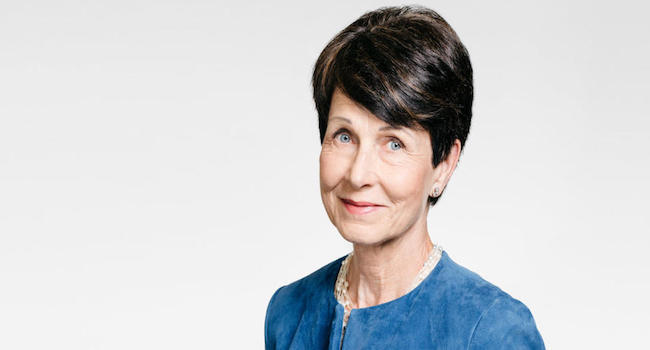 Sari Baldauf (pictured) officially took the reins as Nokia’s new chair of its board, replacing Risto Siilasmaa, who had been at the helm for eight years.

In a statement, Nokia said Baldauf had been re-elected to the board, which confirmed her appointment as the new chair, while seven other members were also re-elected.

Thomas Dannenfeldt, former CFO at Deutsche Telekom, was the one new addition.

Nokia announced in December 2019 Siilasmaa would step down, with Baldauf nominated to take over in April 2020. However, the move was pushed back to this month, in line with the company’s rescheduled Annual General Meeting.

Change at the top
Baldauf, who spent several years at Nokia between 1998 to 2005, takes over as chair during a period of significant change at the company.

Rajeev Suri, CEO since 2015, will step down in September, with head of energy company Fortum Pekka Lundmark set to take over.

The company is also embroiled in a battle for 5G supplier contracts with European rival Ericsson and Chinese heavyweight Huawei, among others.

Indeed, its recent performance has come under fire after it failed to secure some high-profile 5G deals in China, while media reports in April suggested the company had hired an investment bank to help it defend from a hostile takeover.

In a recorded address, Siilasmaa said he had worked closely with Baldauf since she was nominated to takeover as chair, to ensure a “smooth and efficient handover”.

He added she will be focused on improving Nokia’s financial results and “delivering on our innovative product roadmap”, while “supporting and challenging” the management team.

Next Nokia boss to arrive early