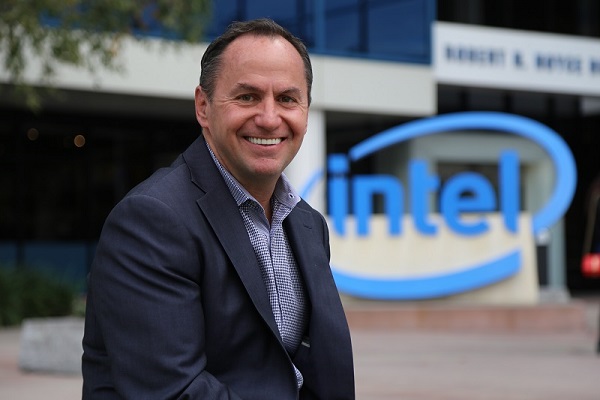 Intel used its Q1 results call to talk up the opportunities around 5G, shortly after it announced its exit from the 5G smartphone modem business.

In a conference call, Bob Swan, who was recently installed as CEO (pictured), said: “By acting now, we focus our 5G efforts on the transformation of the wireless network and edge infrastructure, where we have a clear technology advantage, market share to win and a strategic role to play with customers.”

“As networks cloudify, Intel is in a great position to win in this base station segment, where we expect to grow to 40 per cent market segment share by 2022. The vast majority of the 5G market opportunity and profit is in the transformation of network and edge infrastructure, where we are now laser focused.”

When Intel announced its 5G smartphone modem exit, it stated it would evaluate the potential for its 5G modem technology in other forms, including PCs or IoT devices.

During the call, Swan described this as a “work in progress”.

“We haven’t really completed our assessment about what to do with the wonderful IP that we’ve developed, the real strong team that we have and the other opportunities we have, whether it’s in network infrastructure, where we’re really excited about the role we’ll play in 5G, or whether it’s the role that 5G modem plays in these non-smartphone applications,” he said.

Apple woes
In an interview with The Wall Street Journal, Swan also confirmed the hardly shock news that Apple’s settlement with Qualcomm was behind Intel re-evaluating its smartphone modem plans. Intel was lined up as the supplier of 5G modem technology for the iPhone maker, but rumours swirled it was missing deadlines, leading Apple to review its position.

“In light of the announcement of Apple and Qualcomm, we assessed the prospects for us to make money while delivering this technology for smartphones and concluded at the time that we just didn’t see a path,” he told the newspaper.

Numbers
On a group level, the company reported a Q1 profit of $4 billion, down from $4.5 billion in the prior-year period, on revenue which was flat at $16.1 billion.

It recorded revenue growth of 4 per cent to $8.6 billion in its PC-centric business, which it attributed to a strong mix of higher-performance products and strengths in gaming, large commercial and modem.

But its Data-centric activities produced mixed results, with revenue down 5 per cent collectively. In the data centre, cloud revenue grew 5 per cent; the communication service provider segment decreased 4 per cent; and enterprise and government was down 21 per cent, leading to an aggregate 6 per cent decline to $4.9 billion.

The company saw growth in its IoT unit (up 8 per cent to $910 million), but there were declines in the memory business (down 12 per cent to $915 million).

“Looking ahead, we’re taking a more cautious view of the year, although we expect market conditions to improve in the second half,” said Swan.