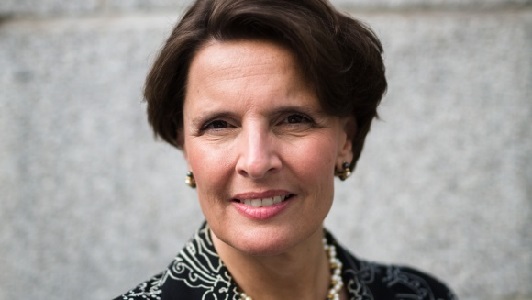 Elisa became the latest operator to claim a 5G launch first, stating it is “the first operator in the world to begin commercial use” and begin selling subscriptions for a next-generation network.

Operators across the Middle East – Etisalat, STC and Ooredoo – have already staked claims, with debuts in UAE, Saudi Arabia and Qatar respectively. But all of the operators – including Elisa – are nonetheless hamstrung by a lack of commercial 5G devices.

Elisa said it worked with Huawei, using “the first commercial 5G terminal devices in the world”.

The Finnish operator is offering services in Tampere (Finland) and Tallinn (Estonia), with Anne Berner, Finland’s minister of Transport and Communications (pictured), making a video call to Kadri Simson, Estonia’s minister of Economic Affairs and Infrastructure, at the launch.

And there is something of a symmetry to Elisa staking a claim on the 5G first: the first GSM telephone call was made on the network of its predecessor Radiolinja.

There has already been something of a pushback on 5G firsts, with Scott Petty, CTO of Vodafone UK, recently warning of the danger of “confusion in the marketplace” as to what 5G really is and what it can deliver.