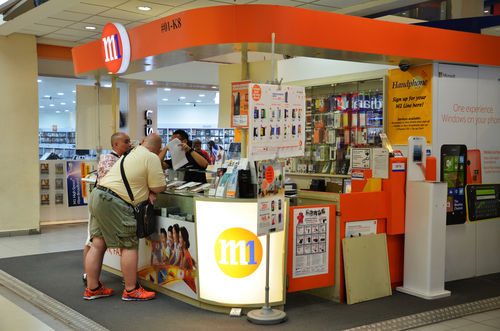 Axiata Group said it would consider an offer to sell its stake in Singapore operator M1 to two other key shareholders if the pair make a formal approach.

In a statement responding to announcements made to the Singapore Exchange (SGX) by Singapore Press Holdings (SPH) and Keppel Telecommunications and Transportation, the Malaysia-headquartered company said it would consider any offer which enhanced its “own shareholders’ value”.

A deal with a market value of SGD1.51 billion ($1.1 billion) could be finalised in the next few days, a source told Bloomberg.

Axiata holds a 28.5 per cent interest in M1, Keppel Telecommunications and Transportation 19.2 per cent and SPH 13.4 per cent.

In a filing submitted to SGX, Keppel Telecommunications and Transportation announced it is considering a move involving indirect interests in M1, which may or may not lead to a transaction. In a separate filing SPH said it was approached by Keppel to participate in a possible transaction involving its interest in M1.

Axiata said it will “consider all appropriate and viable options” depending on the “official proposal” made by the pair.

Fresh attempt
In July 2017 M1’s three largest shareholders decided not to move ahead with a plan to sell their combined 61 per cent stake after reviewing bids from a number of parties. A few months earlier, the three companies announced a strategic review of their investments and approached a number of telecoms companies, cash-rich business groups in China and Japanese technology companies.

GSMA Intelligence data showed M1 held a 23.43 per cent market share by subscribers at end Q2, behind market leader Singtel (48.7 per cent) and StarHub (26.95 per cent).

In 2016, Axiata reportedly was looking to offload part of its stakes in three overseas units, which would help it raise as much as $700 million to pay down its debt.

In May 2017 Axiata sold a 10 per cent stake in its Cambodian subsidiary Smart Axiata to Japan-based Mitsui for $66 million.