Next iPhone may gain curved screen 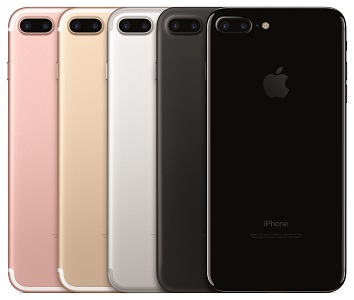 Apple “could” release an iPhone with a curved screen next year, The Wall Street Journal said, as speculation about the 10th anniversary device grew.

With the device set to reach a significant milestone, it is widely believed the US company will make a broad refresh of the iPhone line.

Apple’s suppliers have been asked to increase output of OLED screens and “submit prototype screens with better resolution than ones from South Korea’s Samsung Electronics”, the report said.

With Samsung using 2K screens on some of its smartphones and Apple having stuck with HD, even a move to match Samsung would be a bump for the iPhone – and there currently seems to be little incentive to go above 2K for a 5.x-inch screen.

But OLED screens could be used to differentiate a premium iPhone from one or more standard models, because of the higher price tags involved.

The report noted that while Apple uses multiple suppliers for displays, it is Samsung’s component unit that is leading the way for OLED (with LG Display set to make a significant investment).

New devices will also see the Touch ID scanner/home button integrated into the display area, enabling display sizes to be increased without a corresponding form-factor increase.

BGR cited a Japanese report which suggested that this change may first come to Apple’s iPad line.

With wireless charging making its way into the smallest device in the line, it is certainly possible this will be extended across-the-board. What is less clear is if all models will ship bundled with a wireless charger, or if this will be an accessory for all but the most expensive models.