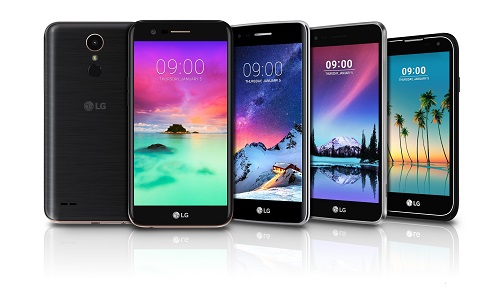 LG announced plans to unveil five new smartphones at CES 2017 next month, with a focus on the mid-range segment of the market.

The company said it will take the wraps off four new mass tier K series smartphones and a new Stylus 3, each of them designed “to bring popular, best-in-class technologies from LG’s more premium flagship smartphones”, to the mid-range.

It said this includes capabilities such as the 120-degree wide angle front camera lens and the rear fingerprint scanner.

The K-Series – the K10, K8, K4 and K3 – the company said, was updated to offer a diverse range of capabilities, “rather than offering one main smartphone model and expecting customers to adapt.

Smartphone vendors, including market leaders Apple and Samsung, have been criticised in recent years for failing to bring enough innovation to new devices.

LG has however failed to make much recent headway in the competitive smartphone space, and its recent financials indicate its mobile business continues to lag.

The Stylus 3, meanwhile, is the latest version of this range in particular, and includes “an improved writing experience”, through a 1.8 diametre fibre tip pen. It also feature a fingerprint scanner, and comes equipped with a 5.7 inch display.

“Our 2017 mass tier, mid-range smartphones focus on giving our customers a wide variety of options and choices for their smartphone lifestyles,” claimed Juno Cho, president of LG Electronics Mobile, in a statement.