Amazon took a major shot at smart speaker rival Sonos, unveiling all the elements for a complete Alexa-enabled sound system including a slew of new Echo devices for the home and vehicles, along with updates to its Alexa artificial intelligence (AI) assistant.

At an event in the US, the company announced audio equipment including the $130 Echo Sub (pictured), a 6-inch subwoofer which can be paired with other Amazon Echo devices to improve sound. It also unveiled Alexa-enabled amplifiers, the $200 Echo Link and $300 Echo Link Amp, to fine tune and boost sound quality in existing stereo equipment; as well as the $35 Echo Input, a plug-in device with four-microphones which adds Alexa to existing speakers.

Amazon’s effort to bring Alexa to as many devices as possible included the debut of the Echo Wall Clock ($30) to provide a visual display for timers, alarms and reminders; and the company’s first smart plug ($25), which is essentially an Alexa-enabled timer.

It even launched a smart microwave ($60) which can receive cooking instructions from Alexa. 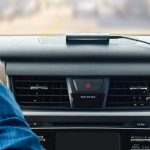 Automotive ambitions
The tech giant also jumped into the connected car space with the Echo Auto, which is currently available to invitees for $25. The eight-microphone array is powered by a vehicle’s 12V or USB sockets and connects to the stereo system via a 3.5mm audio jack or Bluetooth.

Tom Taylor, SVP for Amazon Alexa, said in a statement the company wants consumers “to have access to Alexa everywhere”, noting the additional devices and use cases will make people’s lives “more convenient and easy.”

Additionally, Alexa has been tuned to recognise the sound of glass breaking, and alarms from devices including smoke and carbon monoxide detectors as part of Amazon’s Alexa Guard system. If trouble is detected, Alexa will send an alert to a user’s phone or home monitoring service.

But he added there’s more work to be done, noting “we’ve only scratched the surface of AI-powered inventions”.