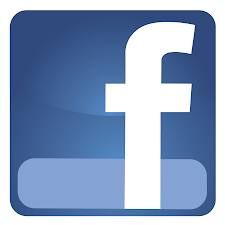 Such deals are now common in developing markets as well as a few developed countries. A year ago Facebook had deals with 18 operators in 14 countries. Most of these free and discounted promotions are offered for a limited period, say three months. Their attraction will certainly grow as consumers demand more data but are worried about going over their data limits as unlimited plans disappear.

Both operators bill the special offers as a ‘partnership’ with social media firms, but the question is what is each party getting out, or more importantly, putting in to gain the preferential treatment?

A Spark representative said the company was not able to elaborate on the exact nature of the tie-ups “due to the commercial sensitivities surrounding this project and the back-end capability”, which Facebook and Twitter provide for it to effectively zero-rate data across both of the mobile applications.

Details on how the back-end capability works are sparse. But Phil Marshall, chief research officer for Tolaga Research, suggests that Facebook and others likely use the SPDY protocol other similar networking technologies (e.g. Amazon’s Silk browser) deploy that limit operators’ ability to manage OTT traffic passing across their networks, therefore increasing the need for them to partner with OTT players (SPDY is an alternative to HTTP/1.1 that was developed by Google and is being used as the basis for standardising HTTP/2.)

For the social media players the deals of course help them expand their reach, and with more eyeballs they generate more ad revenue.

An estimated 78 per cent of New Zealand’s 1.8 million daily Facebook users access the app on mobile devices and 60 per cent of Thailand’s 26 million active Facebook users do the same. Those huge numbers mean Facebook is gaining a lot of reach quickly, and operators can leverage its ubiquitous brand to attract new customers and up-sell them to higher-priced data plans over time.

Since the partnerships are generally only offered to one operator per market, it gives that player a strong competitive advantage in luring new subscribers from the competition.

But when you look closely at the arrangements, they essentially give users exclusive free access (although limited by time and/or usage) to Facebook and Twitter – something their competitors don’t enjoy.

Could these partnerships raise regulatory issues, or network neutrality concerns, as did AT&T’s much-maligned sponsored data plan launched in January?

What is the difference between an openly promoted sponsored content plan and an offer of free access to selected sites/apps? The user ends up with the same thing – access to content that isn’t counted on his/her data plan. With zero-rating deals, the user doesn’t have to put up with a sponsor’s branding, but access is restricted to the OTT apps the operator had agreements with.

Marshall said that the deals illustrate how the basis for mobile competition is changing rapidly.

“Given the market dominance of Facebook and Twitter, we have to anticipate that regulators will start to place greater scrutiny on these types of deals,” he said. “Particularly in cases where they are exclusive. That said, we can expect a lot of experimentation as telcos like Spark re-position themselves, and the balance between regulating for competition and fostering innovation is by no means trivial.”

New Zealand’s Telecommunications Commissioner Stephen Gale said the practice doesn’t breach either the commerce act or the telecommunications act, since it doesn’t provide fast or slow lanes, exclude other ISPs or their customers from accessing services, preclude access to other start-up OTT providers, nor have a lasting lessening of competition.

Marshall noted that the commission’s comments are very network centric, with a focus on speeds and feeds, and fail to consider the other aspects of competition that are pertinent to this discussion. “Some might argue, ‘why can’t the other service providers identify Facebook/Twitter traffic and then zero rate it’?”

I guess they would if they could.

Blog: Thailand’s True is big winner in walking away from 900MHz re-auction