Blog: Will 5G usher in the era of cloud gaming? – Mobile World Live 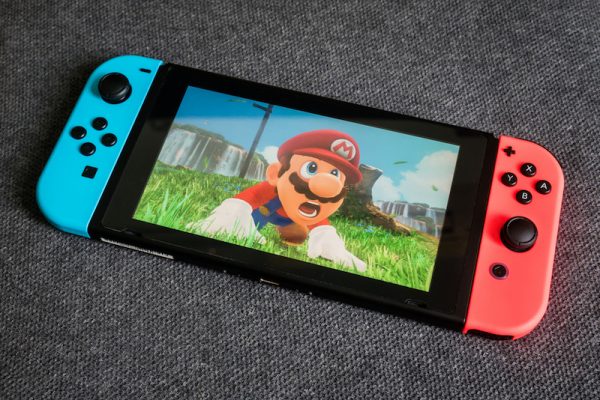 Nintendo, a name synonymous with an Italian plumber and a misspent youth, made the headlines this week for a revelation about 5G, summing up exactly what is happening in the gaming industry and how it is set to evolve.

Speaking at a shareholder meeting, Ko Shiota, general manager of platform technology development at the gaming giant, revealed the company is currently looking into 5G technology, which it has recognised as “capable of transmitting vast amounts of data at once”.

So, could your Nintendo Switch console soon be powered by the next-generation of mobile technology, enabling a Mario Kart battle with someone in Tokyo through the fastest connectivity and lowest possible latency while you’re sitting on a train?

Well, let’s not jump the gun just yet.

Shiota stated Nintendo was not in the habit of “following trends just because they are popular”, referring specifically to 5G.

“We prefer to consider what experiences said technology can give to our players, how to use it in our games and the result of implementing it,” he said, before adding price was also a factor. No matter how good a technology was, it would be difficult to integrate something into its products if the cost was too high, he cautioned.

Now, I’ve listened to enough keynotes from operators and industry partners alike over the past five years to know many may well frown at Shiota’s round about description of 5G as being merely a “popular trend”.

The majority will still convince you that 5G is a revolution (at least until 6G comes about). And that’s across everything, from manufacturing in factories to helping Mario rescue Princess Peach.

For now, let’s leave that aside.

Changing the game
Piers Harding-Rolls, director of Research and Analysis Games at IHS Markit, was not surprised by Shiota’s admission, stating all major games companies are now examining the potential of 5G on distribution, new service offers and gameplay use cases.

“Nintendo is operating in both the handheld console and smartphone gaming segments, so the rollout of 5G is very important in these areas,” he said.

And Harding-Rolls brings up an interesting point: 5G could indeed be crucial in the next-generation of the segment, with major players already outlining their strategies to, excuse the pun, change up the game.

Rivals Sony and Microsoft, and perhaps more worryingly for the two industry heavyweights, global tech behemoth Google, all have grand plans for the segment which represents a step-change from traditional pricey hardware consoles.

In four months, Google will make its biggest splash yet into gaming through Stadia.

Unveiled in March, the company will charge gamers $10 a month to play an initial line up of 30 games through the Stadia cloud streaming service, requiring a compatible device, a controller and, of course, a decent connection. 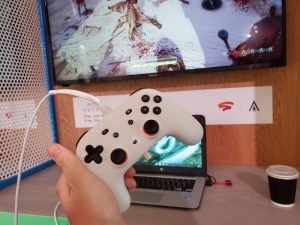 Running without the need for a console, Stadia could indeed be a game changer. Google revealed there are currently 200 million people watching gaming-related content on its YouTube platform. So naturally, it made sense to develop a platform for people to actively get involved.

“When players use Stadia, they’ll be able to access their games at all times and on virtually any screen,” Google said at Stadia’s unveiling.

While some of the early reaction to Google’s Stadia plans was lukewarm at best, with analysts pointing out the initial launch will provide access to older games and not new blockbuster titles, the biggest compliment the platform got was arguably from its new rivals.

After years of intense battle for gaming supremacy with their respective Xbox and Playstation consoles, Microsoft and Sony decided they would be best served to tackle this particular challenge and opportunity side-by-side.

In May, after Google revealed its plans, the two companies announced an agreement to collaborate on developing cloud-based gaming, tapping into Microsoft Azure’s cloud service to support their respective game and content streaming plays.

More than anything, the announcement showed Microsoft and Sony are also betting on streaming, in a clear acknowledgment there is room for gaming platforms beyond their hugely successful consoles.

Nintendo not “behind”
So, while rivals have made moves, Nintendo has stayed in the background. But, that’s not to say completely.

He also noted a partnership with cloud gaming specialist Ubitus, which “means it is building some strong expertise”.

“I wouldn’t be surprised to see this extended to other countries in due course,” Harding-Rolls said.

Nintendo’s president Shuntaro Furukawa dismissed a complete evolution, pouring water on the idea that all games will one day be playable through the cloud, but acknowledged the technology is “rapidly improving”.

Chiming in, another company executive Shigeru Miyamoto added the company may have been perceived to have also entered the online gaming segment, for example, later than its rivals, but it was not a matter of them being “behind”.

“We have actually been conducting practical research on these technologies from the very beginning,” he said.

And he added that games hosted through cloud will “become more and more numerous, but I also believe a place will definitely remain in the industry for fun games played locally on a home console”.

Harding-Rolls predicted cloud gaming will develop slowly “over the next five years”, so the next-generation of consoles will still sell well.

“During the five to ten-year timescale, I think we’ll start to see more significant disruption from these types of services.”

So will 5G have a role to play? If it’s still around in a decade, quite possibly.