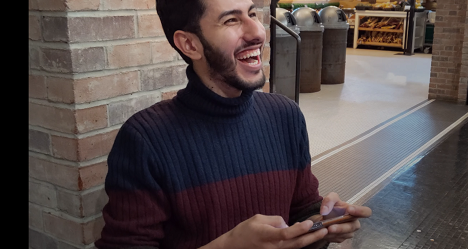 Google launched Stadia, a video game platform that allows users to access games via the cloud on any device on its Chrome browser and from within the YouTube app.

The search giant said in a statement the platform will “free players from the limitations of traditional consoles and PCs” and that it will use its ownership of YouTube to attract users.

“In a world where there are more than 200 million people watching game-related content daily on YouTube, Stadia makes many of those games playable with the press of a button,” it explained.

“When players use Stadia, they’ll be able to access their games at all times, and on virtually any screen. And developers will have access to nearly unlimited resources to create the games they’ve always dreamed of,” it added.

Stadia will be powered by Google’s global network of data centres and, at least for now, will only be available through Chrome, Chromecast and on Android devices. The service is expected to launch later this year in countries including the US, UK and Canada.

The Wall Street Journal pointed out Google did not reveal plans to bring big games such as Call of Duty and Fortnite to the service. The one game that was announced is called Doom Eternal, based on the groundbreaking 90s title.

However it noted if the search giant is looking to diversify revenue sources gaming might be the right way to go given that the three largest videogame publishers made a total of $14.6 billion in 2018.