Blog: Why is 5G fuelling interest in renewable energy? 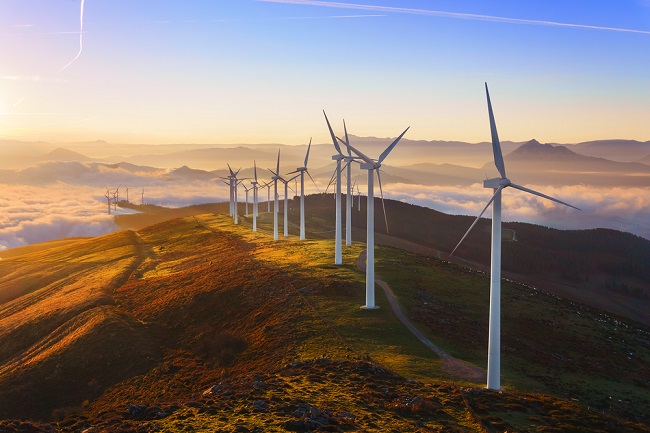 Operators across the globe are going green, but it’s not just about the environment. With 5G on the horizon, it’s smart business.

As data traffic skyrockets, greater energy demands are being placed on operator networks as they expand to meet the challenge. The advent of 5G is only expected to exacerbate the situation.

The scale of operator energy consumption today is already massive. For example, data provided by the top four US operators shows together they use around 30 million megawatt hours (Mwh) of power each year. To put that into perspective, the US Energy Information Administration notes the average annual electricity consumption for a US residential utility customer is 10,399 kilowatt hours (Kwh), meaning tier one operators consume roughly as much as nearly 2.9 million homes.

Predictably the network is operators’ primary power eater: for instance, Vodafone Group said base stations account for 65 per cent of its energy consumption, while its technology centres account for another 29 per cent. By comparison, its corporate offices and retail stores together account for a mere 6 per cent of energy use.

In a recent report Vodafone said it spends around €1 billion ($1.1 billion) each year on energy. And speakers at the recent Global ICT Energy Efficiency Summit in Turin, Italy, noted energy bills already account for some 16.5 per cent, or $28 billion, of annual OPEX for operators across the globe.

And it’s about to get much worse.

Analysts and operator executives at the summit noted 5G networks are expected to devour at least twice the amount of energy as today’s networks since they will require both new cell sites and more power to run existing sites.

This means shifts to reduce energy costs will be key for operators’ financial performance as they move ahead with 5G launches.

Renewables
Operators’ approach to the problem appears to be twofold. On one front they are working with vendors to ensure next generation equipment is as efficient as possible. But, with more sites in the network, they need another way to slash costs. That’s where renewable energy sources such as wind come into the equation.

The US Department of Energy (DoE) noted “land-based utility-scale wind is one of the lowest-priced energy sources available today,” with prices ranging from between $0.02 and $0.06 per Kwh depending on the supplier. For comparison, the International Renewable Energy Agency estimated fossil fuel energy sources came at a cost of between $0.05 and $0.17 per Kwh in 2017.

The DoE added wind energy also offers long term price stability not available from traditional energy sources, since supply contracts are offered at fixed prices, and its fuel source is free and therefore immune to outside price fluctuations.

While some concerns about the reliability of wind energy have surfaced, the DoE said improvements in forecasting are making it easier to integrate wind energy into the power grid. It also pointed out wind energy can help avoid outages during certain severe weather events (such as extreme cold spells) which can disable coal and natural gas power plants.

Buying into renewables such as wind, therefore, allows operators to plot a stable future in terms of energy expenses and supply as they face a raft of other changes to their network and business models.

Industry moves
In the US, T-Mobile US has led the charge, inking deals to purchase power from a number of different wind farms as part of a goal to source 100 per cent of its energy from renewable sources by 2021. Similarly, Verizon quietly set a goal to use renewable energy sources for 50 per cent of its total electricity usage by 2025. AT&T has also grown its renewable energy programme, buying power from three different wind farms and launching a scholarship for students who want to become wind turbine technicians.

Elsewhere, Vodafone committed to purchase 100 per cent of its electricity from renewable sources by 2025, while Telefonica is aiming for half by 2020. Others including Tele2 and Japan-based NEC are pushing for reduced energy consumption through the introduction of more efficient network technologies.

PR-savvy operators have played to popular support for efforts to combat climate change, framing the shift to renewable energy as a sort of altruistic pivot to do their part to save the environment. But, as noted above, the real driver is a complex numbers game playing out behind the scenes, as operators face a steep increase in energy consumption in a 5G world and a fluctuating energy market.

For instance, T-Mobile said it expects to save $100 million over the next 15 years thanks to its move to renewable energy, while an AT&T representative told Mobile World Live its implementation of energy efficiency projects since 2010 has yielded some $427 million in annualised savings.

In a time of uncertainty, it seems operators have landed on renewable energy as the best path forward, given the sector’s lower costs and relative price stability. And expansion of renewable energy initiatives among telecoms is likely to continue, as long as there’s an upside for operators.