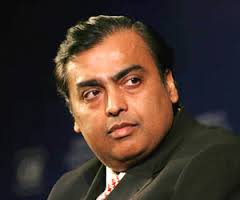 The company’s current debt is about INR350 billion ($5.77 billion). Ambani didn’t give specifics on how it planned to restructure its debt, but the company announced in July it would reduce its workforce of 15,000 by 37 per cent, which it said would result in nearly INR2 billion ($33.3 million) in annual savings.

RCom, the fourth largest operator in India with 108 million connections and just under 12 per cent market share, plans to outsource much of its operations, including its call centre and shared services. The operator was due to sign agreements with two third-party companies to take on the business processes, with around 6,000 RCom employees departing the company, of which around 4,500 are connected to call centre operations.

In June it raised $800 million from a share issue, the proceeds of which the company said will be used to repay some of its debts and deleverage its balance sheet.

Ambani also said the company would bid for 4G spectrum in the next auction scheduled for 2015-16, the Economic Times reported. At a shareholders’ meeting, he said he expects the government to release spectrum in the 700 and 800MHz bands over time from the Defence Department.

After making significant investments in its networks, he said it will continue to spend about INR10-15 billion a year to keep up with natural growth, but doesn’t see the need to make major investments in spectrum in the near future.