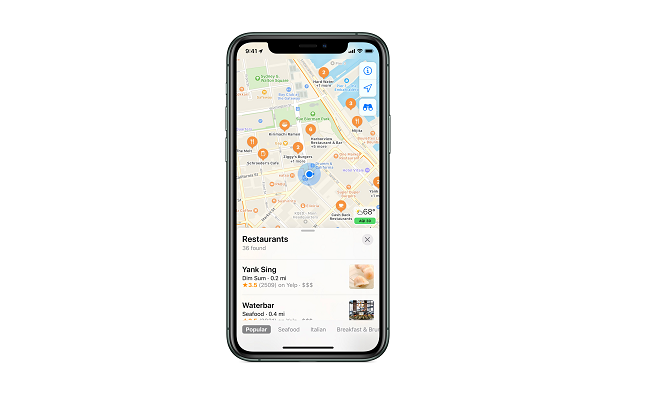 Apple announced a variety of updates to its Maps service for users in the US, a move which brings the company’s navigation capabilities closer to those offered by competitor Google.

The iPhone maker stated US users are now able to use a “faster and more accurate navigation” offering “comprehensive views of roads, buildings, parks, airports”, shopping centres and more.

Privacy
The company stated Maps doesn’t require users to sign in, emphasising it was “not connected to an Apple ID in any way”. Personalisation features use on-device intelligence.

Apple claimed data including search terms, routes and traffic information was associated with random identifiers which were continually reset.

Maps was also converting “the precise location where the search originated to a less-exact one after 24 hours and does not retain a history of what has been searched or where a user has been”.

Eddy Cue, Apple’s SVP of Internet Software and Services, said: “We set out to create the best and most private maps app on the planet that is reflective of how people explore the world today”.

The company plans to deploy the redesigned Maps service across Europe in the coming months.