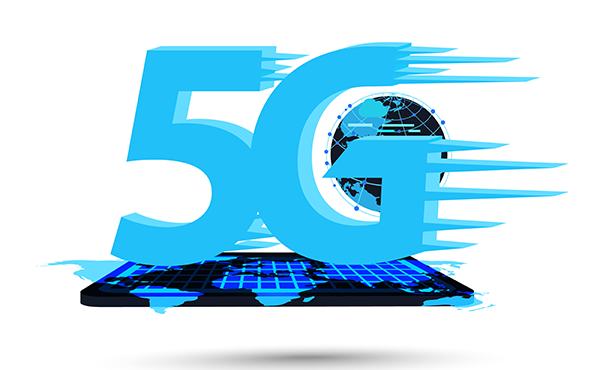 PARTNER FEATURE: The launch of consumer mobile 5G services in the first half of 2019 has grabbed plenty of headlines and attention. But the real potential of the technology is only expected to be unleashed with the launch of the first standalone (SA) networks, which will operate a full 5G core rather than relying on underlying 4G infrastructure as these initial non-standalone (NSA) networks do.

Deployment of SA 5G presents operators with challenges beyond simply replacing their core and radio networks: it also represents a paradigm shift in the way they do business by opening up new areas in terms of digitalising the industrial and enterprise sectors.

Operators are well versed in delivering on the consumer propositions of NSA 5G, including enhanced mobile broadband or fixed wireless access connectivity, which will satisfy growing demand for data and entertainment services including video streaming.

But SA 5G will go further, by adding new network capabilities that will enable enterprise digitalisation at scale, opening the door to new industries, enabling smart manufacturing and laying the groundwork for the next phase of industrial automation. It will enable a host of new applications including vehicle-to-everything (V2X); remote access to, and control of, equipment; and real-time communication in critical sectors such as healthcare.

This will require operators to transform their business models and swiftly adapt to the need to deliver agile, on-demand services tailored to individual industrial segments.

Opportunities
It may sound onerous, but the opportunities for those who take the leap are huge.

China, for example, is keen to exploit digitisation to drive industrial development in the country, improving productivity and, in turn, the broader economy. The government has policies promoting AI, domestic manufacturing and the biotech industry, along with a vibrant venture capital and private equity sector, which has already played a key part in a technology boom in the country.

At the recent MWC19 Shanghai event, it became clear the country’s operators have responded to the call. They received 5G licenses in early June and, unlike the 20 or so operators which have deployed headline-grabbing NSA 5G services so far, are expected to be among the pioneers of SA 5G deployment.

This will place the nation at the frontline of mobile technology evolution for the first time, after it lagged the rest of the world in 3G and 4G technologies. 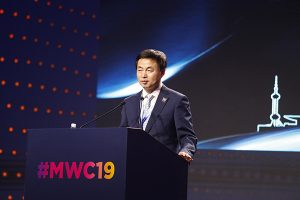 At MWC19, China Mobile chairman Yang Jie explained it will use 5G to transform sectors including agriculture, energy and factories by providing tailored services. This theme was echoed by China Telecom chairman and CEO Ke Ruiwen (pictured, left), who noted personalisation would be possible using a new generation of agile cloud networks.

Operators are moving fast to deploy 5G. China Telecom is deploying a hybrid set-up based on NSA and early SA specifications with the goal of being fully SA by 2020. Meanwhile, China Mobile has jointly demonstrated a new Massive MIMO antenna with Nokia designed specifically for the Chinese market at MWCS.

The AirScale mMIMO Adaptive Antenna (MAA) is the first available in any market to operate at 320W, at least 80W higher than the closest competing product, and will ease China Mobile’s transition to 5G by concurrently supporting 4G and 5G operation in the 2.6GHz band.

China Mobile’s ambitions to revolutionise industries and enterprise require high bandwidth and coverage, both of which are delivered by the 160MHz MAA.

In the long run, such equipment will prove key to delivering SA 5G by helping to cut capex in the new technology. It also highlights the importance of close collaboration between vendors like Nokia and mobile operators, particularly with regard to meeting industry and enterprise demand for personalised and tailored services.

China is expected to pump $184 billion into 5G deployments by 2025, by which point the nation is expected to account for a third of global connections. China’s Academy of Information and Communications Technology predicts the technology will generate CNY10.6 trillion ($1.53 trillion) in economic value and more than 3 million jobs between 2020 and 2025.

The opportunity in Asia Pacific is also large, with market analysts predicting 24 markets in the region will have launched 5G services by 2025 and a total investment in network buildouts of $370 billion.

Transformation
Japan-based new entrant Rakuten could find itself well placed. With plans to deploy a fully virtualised network and no legacy ways of working to overcome, it won’t face many of the transformation issues of its domestic and international rivals.

Key among those transformation challenges is meeting demand from enterprises for SA 5G. While network slicing opens the possibility for operators to sell direct access to such customers, they will also be seeking personalisation because of variations in the specific use case of each industrial player or enterprise.

Experts speaking at MWC Shanghai noted that in the autonomous vehicles market there are questions around the amount of processing that needs to be performed at the edge versus in-vehicle, along with delivering the vast quantities of data needed to ensure AI can perform sufficiently to ensure the safety of all road users.

Overcoming such challenges requires a new kind of network, capable of enabling operators to swiftly select the elements necessary for a specific industrial customer, not only in terms of infrastructure, but also customer experience management and integration features.

Nokia is approaching this challenge with its Future X network, an end-to-end solution comprising hardware and software built on open systems which are pre-integrated and tested  before being deployed.

Using a drag-and-drop approach, operators can select the elements necessary for a specific customer from areas including the baseband, transport and core networks, which are combined with access to transformation and business modelling services.

Nokia states the set-up offers the lowest cost-per-bit and can reduce the total cost of ownership by up to 30 per cent over existing network set-ups. Other advantages include a threefold increase in cell site throughput, along with reductions in MIMO antenna size and power consumption.

It is designed to enable operators to meet the challenge from industrial and enterprise players, by providing operators with an overview of the performance of their transport network using an universal adaptive core.

Of course, operators must also keep a close eye on the security of their networks and the services being provided to industrial and enterprise customers. Future X offers technology enabling them to deliver , contextual and dynamic end-end security, by identifying and prioritising risks and automating security operations to reduce the attack surface and minimise risk to the business.

The nexus of new value is in the network and mobile operators are poised to take advantage of these new opportunities in the 5G Era to deliver long-term, sustainable business success.