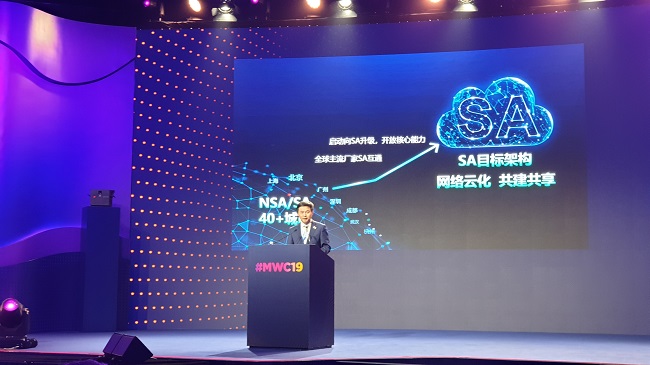 LIVE FROM MWC19 SHANGHAI: China Telecom’s network transformation efforts and move to the cloud have prepared it to hit the ground running with 5G, said Ke Ruiwen, the operator’s chairman and CEO.

He said that since receiving its 5G licence from the government in early June, it officially started building a hybrid non-standalone (NSA) and SA network in 40 cities.

It aims to speed up the testing of 5G equipment from major manufacturers, including Huawei and Ericsson. “Our aim is by 2020 we will fully upgrade the NSA network.”

After many years of working to transform its networks and investing heavily in cloud facilities, the operator has the biggest data centre in China, which gives it a solid foundation for the development of 5G technologies, Ke said.

It also plans to provide more customised services after deepening the integration of technologies such as cloud and edge computing and network slicing.

“We will be able to build a new generation of cloud-based networks, which will be simple, agile, open and secure. 5G makes that possible,” he said.