T-Mobile eyes another outside play 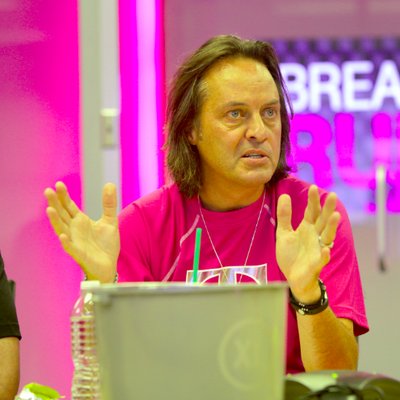 T-Mobile US CEO John Legere (pictured) revealed the operator plans to take its uncarrier fight beyond cable and wireless, potentially branching out into other verticals in 2018 and beyond.

In a New Year’s prediction blog post, Legere said T-Mobile is eager for more disruption across the consumer spectrum and hinted that plays in wireless-connected industries like pharmaceuticals, banking and consumer goods could be next. He explained: “2018 and beyond will take us beyond wireless basics – and this means T-Mobile will be fighting for consumers and giving them more choice and competition in a variety of ways.”

A move into financial services could help T-Mobile target new mobile payment opportunities, while the operator’s Internet of Things and network efforts could facilitate a push into the medical industry. According to data compiled by Statista, transactions across the financial technology market totalled $1.05 billion in 2017 and are forecast to reach $2.15 billion in 2022. The App Association in 2016 estimated the connected health space will grow to a $117 billion market by 2020.

The push to disrupt cable and other industries comes as T-Mobile faces increased competition in the wireless space – a fact Legere acknowledged in his post. Cable operator Comcast launched its own wireless service via an MVNO agreement with Verizon early last year and Charter is set to debut another MVNO option in 2018. Legere predicted “more than one other major player” will enter wireless before the year is out either through an acquisition or an MVNO deal, but said T-Mobile “welcome[s] them all”.