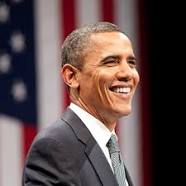 A number of companies, including Apple, MasterCard and Visa, signed up with projects to make mobile payments more secure, as part of President Obama’s cybersecurity summit in Silicon Valley.

One initiative involves Apple, along with the two credit card giants plus Comerica Bank and US Bank. Together, they are making Apple Pay available for users of federal payment cards, including those receiving social security and veterans benefits.

Separately, Visa said it will push tokenisation, which involves substituting credit card numbers with randomly generated tokens for each transaction, more in 2015.

And MasterCard will invest in excess of $20 million in new cybersecurity tools, including a product called Safety Net, which claims to reduce the risk of large-scale cyber attacks.

Finally, the Financial Services Roundtable and the Retail Industry Leaders Association jointly announced the release of two papers that back future technology that can minimise the value of payments information if it is lost or stolen.

All these initiatives are designed to fit with the White House’s Buy Secure Initiative, which was launched in October last year.

However, not all has been harmonious around the cybersecurity summit. A number of notable companies, such as Facebook, Google and Yahoo, stayed away because of the US government’s surveillance policies, famously revealed by Edward Snowden.