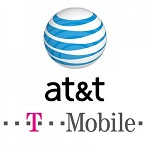 AT&T and T-Mobile USA-owner Deutsche Telekom are reportedly drawing up plans for an alternative deal to their US$39 billion mega-merger, which would now see the two firms pool their networks and spectrum into a joint-venture. The move is seen as a further acknowledgement by the two firms that the original deal seems increasingly unlikely to be approved by US regulators.

According to sources at the Wall Street Journal, the ‘Plan B’ solution would allow the operators to solve some of the wireless-capacity constraints that were a key motivation behind the original deal, while avoiding the competitive concerns raised by the US Justice Department.

The FCC, the US regulator, also waded into the debate this week, claiming that a full merger would “substantially lessen competition and its accompanying innovation, investment and consumer price and service benefits.”

Analysts have suggested that under a joint venture, the two companies could jointly use T-Mobile’s spectrum, while Deutsche Telekom would retain ownership of T-Mobile’s subscriber base. However, with discussions at an early stage, it is not clear quite how this alternative deal will be structured.

The report notes that it is also unclear if such a deal would still mean AT&T is liable to pay US$4 billion in fees to its potential new partner. Under the terms of the original deal, AT&T agreed to pay the fee (made up of US$3 billion in cash and US$1 billion for the book value of spectrum) to Deutsche Telekom if regulators blocked the merger.

Meanwhile, AT&T is still reportedly in talks with smaller US operators to offload surplus post-merger assets in a bid to appease regulators. According to the report, Leap Wireless has discussed buying a package of assets belonging to T-Mobile that could be valued at “several billion dollars.” The regional operator would reportedly get financing from Deutsche Telekom to fund the purchase, while sources say that AT&T is expected to informally make the divestiture proposal to officials in coming days.

If the deal with Leap fails, sources say AT&T may seek divestiture talks with other potential buyers, such as satellite provider Dish Network, cable companies or foreign buyers.