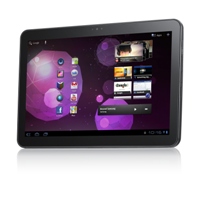 An Australian appeals court today overturned an earlier verdict banning sales of Samsung’s Galaxy Tab 10.1 in the country due to alleged copying of Apple’s iPad.

According to a Bloomberg report, a three-member appeal panel unanimously said that a lower-court judge had made a mistake in granting Apple’s request for a ban on the rival device. Unless Apple files an emergency appeal against the verdict, Samsung will be free to begin selling its new tablet in Australia from 2 December (Friday).

"The ruling clearly affirms that Apple’s legal claims lack merit,” Nam Ki Yung, a spokesman for Samsung, told Bloomberg. He added that the firm will make an announcement on the Galaxy’s availability in Australia “shortly.”

However, Apple reiterated its claim that Samsung had “blatantly” copied the look and feel of the iPad. “This kind of blatant copying is wrong and, as we’ve said many times before, we need to protect Apple’s intellectual property when companies steal our ideas,” the company said in an e-mailed statement following today’s ruling.

The Australian dispute is one of several between the two rival device-makers across the globe, with Apple managing to secure a similar injunction against sales of the Galaxy Tab 10.1 in Germany.

The Australian ban was implemented on 13 October after a Federal Court granted Apple’s request for an injunction to block the sale of the device until the patent dispute between the two is settled by a trial. Samsung said at the time it would abandon plans to release the Galaxy Tab 10.1 in the country if the injunction meant it wasn’t able to ship the device in time for the key Christmas shopping season.