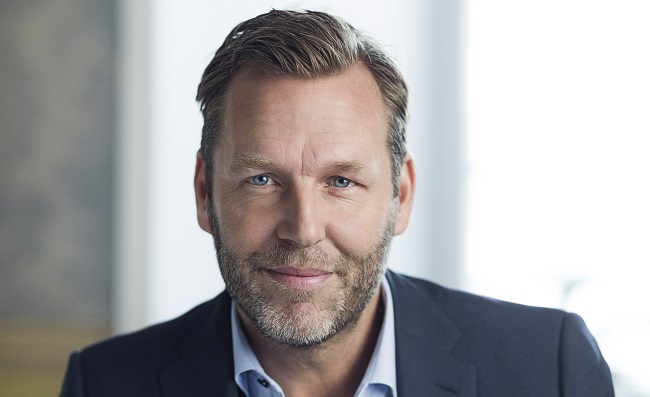 Telia confirmed an anticipated soft start to 2019 due to challenges across its core Nordic markets during Q1, while reiterating it expects things to pick up in the second half of the year.

Like-for-like, on a group level, service revenue declined by 3 per cent year-on-year, with mobile service turnover down 2 per cent.

In a statement, CEO Johan Dennelind (pictured) said improving trends are expected to be supported by a price increase effective from 1 April; the impact of already-signed contract wins; cost reduction measures; and gradual increased execution of synergies both in Norway from an acquisition of Get (a subsidiary of TDC Norway) and its new operating model.

The legacy fixed business in Sweden continued to decline, which had previously been mitigated by growth in core services. However, this time the impact was limited due to weaker mobile service revenue. Telia is looking to cut operating expenses in the country by 3 per cent in 2019: the first quarter cost level was flat.

Dennelind also noted it had faced a declining customer base in Norway for some time, which led to a reduction in mobile service revenue. Get is now fully integrated and the TDC brand closed, with customers migrated to Telia. In addition, “synergy realisation” is expected to accelerate.

In Finland, mobile service revenue growth was lower than previous quarters, impacted to a large extent by interconnect rate cuts. The company said it saw strong order intake at the end of 2018 and start of 2019, which will have a positive effect on service revenue later in the year.

Earnings
Telia reported a profit attributable to shareholders of SEK1.79 billion ($187 million), compared with a prior-year loss of SEK710 million, on revenue of SEK20.85 billion, up 5 per cent year-on-year. Its bottom line in 2018 was hit by costs related to discontinued operations, including the disposals of Azercell and Geocell (resulting in capital losses), and an impairment charge related to Ucell.

On an operating level, income of SEK3.2 billion was down from SEK3.4 billion.

Following the aforementioned divestments during the first quarter of 2018, along with Ucell in Uzbekistan and Kcell in Kazakhstan in the fourth quarter of the year, the only remaining part of the discontinued businesses in Q1 was Moldcell in Moldova.

Earlier this week, Telia announced a deal to connect around 900,000 electricity meters for energy company ONE Nordic, in a ten year deal. Connectivity is provided by the operator’s recently-launched NB-IoT network.