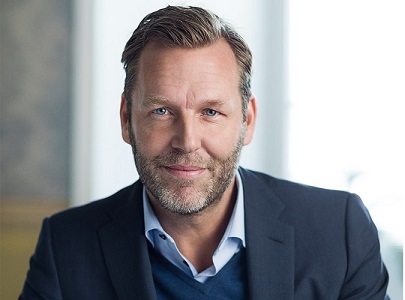 Telia is set to close a NOK21 billion ($2.6 billion) acquisition of TDC Norway on 15 October after the country’s competition commission cleared the deal.

When complete, Telia’s hand in the Norwegian market will be strengthened by the ability to offer combined fixed, mobile and TV services.

The operator said in clearing the deal, which was first announced in July, the Norwegian Competition Authority had seen advantages of the transaction for consumers.

Telia expects the integration to cost NOK400 million in the first two years, but expects to achieve annual synergies of NOK600 million by 2021. This will be a result of cost efficiencies, cross-sales and churn reduction, it added.

CEO Johan Dennelind (pictured) said the integration of TDC Norway and subsidiary Get would create a “leading converged operator for both consumers and enterprises in Norway, which can compete in the market with a lot of attractive and new products and services.”

The combined company will have 2.3 million mobile customers and 1.8 million daily users of its broadband and TV services.

Changing focus
The acquisition comes as Telia continues to sharpen its focus on its core markets in the Nordics and Baltics while exiting other markets, notably Eurasia.

Although it has made a number of asset sales already, last week its attempts to sell its share in Kazakhstan operator Kcell to fixed operator Kazakhtelecom reportedly hit the buffers after the two could not agree a price despite nine months of talks.

Subscribe to our daily newsletter Back
Previous ArticleTencent, KKR take stakes in PLDT fintech unit
Next ArticleStandard Configuration for 4.5G Smartphones: 4-Antenna Technology Has Been Deployed on All High-End Smartphones and Are Penetrating Medium- and Low-End Smartphones