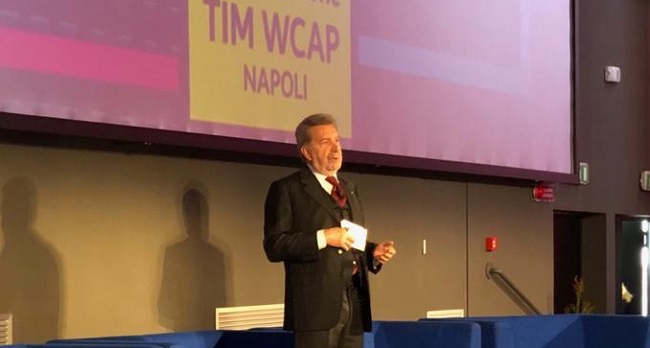 Telecom Italia chairman Fulvio Conti (pictured) stepped down after less than 18 months at the helm of the operator’s board, the latest casualty of a bitter spat between the company’s major shareholders.

The decision was announced at a board meeting yesterday (26 September). In a statement, Telecom Italia announced board member and director Michele Valensise will take up chairman duties on an interim basis, ahead of a meeting on 21 October to seek a permanent replacement.

Earlier this month, Reuters reported Conti was on the verge of quitting following battles with shareholder Vivendi, which controlled the operator’s executive team prior to being ousted by Elliot Management in May 2018. The activist investor then appointed Conti to replace Arnaud de Puyfontaine, who had also clashed with shareholders.

At the beginning of the year, Vivendi demanded the removal of Conti and several other executives, after clashes over how the operator was being run.

Vivendi welcomed the move: a representative told Mobile World Live Conti’s departure helps advance “a common goal between board members and shareholders” and welcomed the appointment of Valensise, “an independent board member” proposed by the French media giant.

Conti’s replacement will be the Italian operator’s third chairman in three years, during which time it has also had three different CEOs.

Telecom Italia explained Conti “believes his mandate has been completed, in light of the board achieved [sic] stability in its operations and the renewed focus on creation of sustainable value for all the company’s stakeholders”.