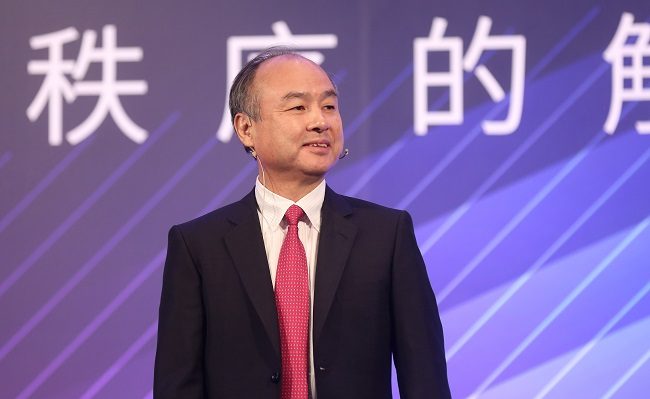 A second massive quarterly loss by SoftBank Group’s Vision Fund contributed to a similarly large drop in net income in the nine months to end-December, and dragged its operating profit down in its fiscal Q3 2019 (calendar Q4).

Net income attributable to shareholders plummeted 69 per cent year-on-year to JPY477 billion ($4.3 billion) in the opening three quarters of SoftBank’s fiscal year. Revenue of JPY7.07 trillion was down 1.1 per cent.

In its fiscal Q3, operating profit plunged to JPY2.6 billion from JPY438 billion in the same period of 2018, as the Vision Fund slipped from an profit of JPY176 billion to a loss of JPY225 billion.

On an earnings call, SoftBank founder Masayoshi Son (pictured) insisted the Vision Fund is on track to return to profit in the current quarter, noting eight portfolio companies which are publicly trading, including Uber and Slack, had already added $3 billion in paper profit, Bloomberg reported.

The company’s share price received a boost yesterday (11 February) on news a US federal judge rejected a challenge to the proposed takeover of SoftBank’s US mobile unit Sprint by T-Mobile US.

Subscribe to our daily newsletter Back
Previous ArticleIntelligence Brief: How is 5G changing network ownership?
Next ArticleEuskaltel targets Spain expansion with Virgin deal