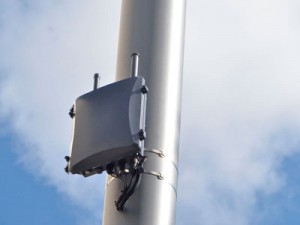 Cities and towns across the US blasted a move by the Federal Communications Commission (FCC) to streamline local rules around small cell siting, claiming the proposed guidelines are too extreme and represent government overreach.

Municipal leagues from states including Georgia, Illinois and Kentucky, along with individual local governments in Texas, Ohio and Washington were among those to lodge complaints in filings with the Commission. The leagues are founding members of the National League of Cities advocacy group.

City representatives including those from the Illinois group said the FCC’s proposal to reduce local review timelines for small cell installations to 60 days for units being added to existing sites and 90 days for new poles was “too extreme”. The move would place an “unreasonable burden” on local governments, it said.

The Georgia organisation and other groups also argued against an FCC proposal to limit siting fees to approximately $270 per site.

“Limiting rates and fees to an abitrary number forces taxpayers to subsidise private, commercial development without any corresponding obligation on providers to serve communities in need or contribute to closing the digital divide in those markets,” the Georgia Municipal Association argued.

It added the rules on fees “imposes a requirement on local government to treat wireless providers with more favourable terms than legacy providers and electric, cable and other utilities, without the responsibility for these new providers to serve the entire community as other utilities must do.”

The backlash comes ahead of an expected vote on the proposal at an FCC meeting on 26 September.

Small cells are set to play a major role in 5G networks, but US operators including Sprint and T-Mobile US have repeatedly cited local fees and review delays as major obstacles to quick deployments.