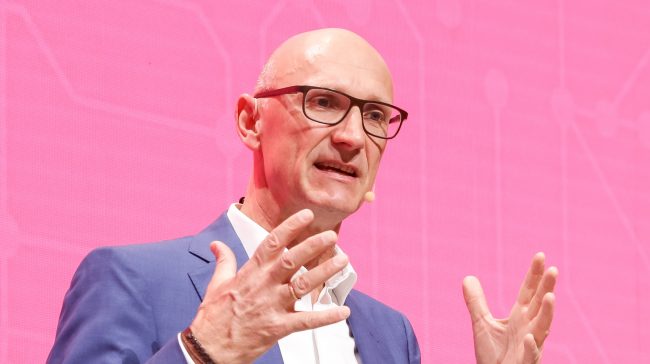 Deutsche Telekom CEO Timotheus Hoettges (pictured) warned the operator would be unable to meet the coverage target timescales set out in Germany’s 5G auction terms, while stating uncertainty was counterproductive to a process already lagging several other countries.

On the company’s Q4 2018 earnings call, Hoettges reiterated criticism some of the 5G auction terms imposed by regulator Bundesnetzagentur were unrealistic. “We won’t be able to set up all the required cell sites within the required time window defined by the regulator.”

“We are also not satisfied by the regulations on national roaming as we don’t know under what conditions we are supposed to set up these cell sites.”

Earlier this week, Vodafone Germany joined Telefonica Germany in filing urgent legal motions in a bid to delay the auction. This was in addition to court action taken by all three operators at the start of the year against the terms.

Germany’s auction of 5G-suitable frequencies is scheduled to begin next month with the three existing operators and fixed company United Internet officially applying to take part.

Hoettges noted the uncertainty surrounding the auction was “counter-productive” adding: “We have taken legal action against the legal terms imposed on the auction. O2 and Vodafone have filed urgent motions in relation to the imminent spectrum auction, we’ve refrained from doing that but have filed an urgent motion about the terms of the auction.”

Sprint deal
While an ongoing row with regulators in its home market continues unabated, the executive said the company had made a “lot of headway” with US authorities in trying to get approval for merging its operation in the country with SoftBank’s Sprint.

The combined business will operate under the T-Mobile brand and be controlled by Deutsche Telekom.

Hoettges said he remained confident the deal would be cleared, though warned there had been a minor delay in proceedings due to a US government shut-down at the start of the year.

It said comparisons had been impacted by one-off tax gains in its US operation at the end of 2017 along with other accounting and tax-related changes. Revenue across its operations in Q4 2018 was up 5.7 per cent year-on-year to €20.3 billion.