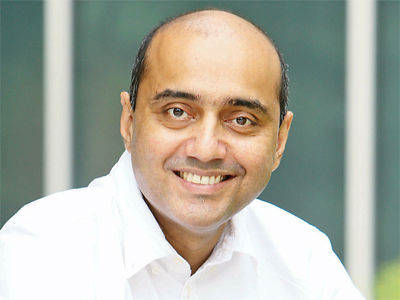 Bharti Airtel reported continued weakness in its fiscal Q4 ending 31 March, with its profit falling sharply and mobile revenue in its key Indian and African markets dropping by double-digit figures.

The operator’s net income for the quarter plunged 72 per cent year-on-year to INR3.73 billion ($57.7 million), and consolidated revenue dropped 12 per cent to INR219 billion due in part to the sale of tower assets and divesting operating units in Africa and Bangladesh, the company said. Mobile data revenue declined 14.7 per cent to INR36.9 billion.

Revenue in India, by far the company’s largest market, fell 7.1 per cent year-on-year in the quarter to INR170 billion, with mobile turnover decreasing 11.4 per cent.

Airtel, the largest mobile operator in India, said the mobile market remains turbulent in the current quarter (calendar Q2) due to free offers by Reliance Jio. Indicating the pressure on mobile data prices, mobile data revenue accounted for 21.5 per cent of mobile revenues in the quarter, down from 23.3 per cent in the corresponding quarter of 2016.

Gopal Vittal, MD and CEO of India and South Asia (pictured), said: “The sustained predatory pricing by the new operator has led to a decline in revenue growth for the second quarter in a row. The telecoms industry as a whole also witnessed a revenue decline for the first time ever on a full year basis.”

Despite intensive competition, its mobile user base in India increased 8.9 per cent year-on-year to nearly 274 million at end-March.

Over the past year, the operator boosted network capacity in India by rolling out 72,000 base stations. Its mobile broadband customer base rose 20.5 per cent to 42.7 million over the past year.

Africa
Revenue for the company’s African operations fell 21.7 per cent in fiscal Q4 to INR50.5 billion, but was up 2.6 per cent in constant currency terms.

Raghunath Mandava, MD and CEO of Africa, said for the first time, the African operation delivered a profit before tax for the full financial year of $6 million in constant currency terms.

Data revenue in Africa rose 14.5 per cent year-on-year in the quarter to $157 million, led by a 19.3 per cent increase in its data customer base. Data ARPU fell to $2.90 compared with $3.10 in the corresponding quarter last year. Data revenue now contributes to 17.7 per cent of overall Africa revenue, up from 15.7 per cent a year ago.

The operator’s mobile subscribers in Africa across 15 countries increased 7.2 per cent to 80.1 million at end-March.

Its active Airtel Money customer base hit 9 million, and the total transaction value on the platform increased 35.1 per cent year-on-year to $4 billion.