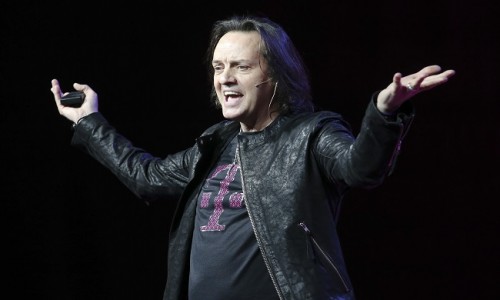 T-Mobile US boasted net additions of 1.9 million in the last three months of 2017, bringing its total number of connections to 72.6 million by the end of the year.

In a preliminary statement revealing its customer acquisition performance in Q4, ahead of full disclosure of its annual results in February, T-Mobile said it added over 1 million customers for the 19th consecutive quarter. The operator went on to highlight 2017 was the fourth successive year it achieved net additions of more than 5 million.

CEO John Legere (pictured) described the growth as “incredible”, adding “the results speak for themselves”. Its figure of 72.6 million connections by the end of December was up 2 per cent year on year.

Although showing continued growth, at the end of 2017 GSMA Intelligence estimated T-Mobile’s total wireless connection numbers – including cellular M2M – lagged behind market leaders Verizon and AT&T by around 70 million.

Other metrics and financial results for the quarter were not disclosed in T-Mobile’s Q4 update. However, the company confirmed a share buyback programme was on track with $444 million worth of equities already acquired.

The operator announced in December 2017 it was set to buy shares to the value of $1.5 billion by the end of 2018. Simultaneously, parent Deutsche Telekom said it planned to increase its stake in the US operator through a separate stock purchase scheme.