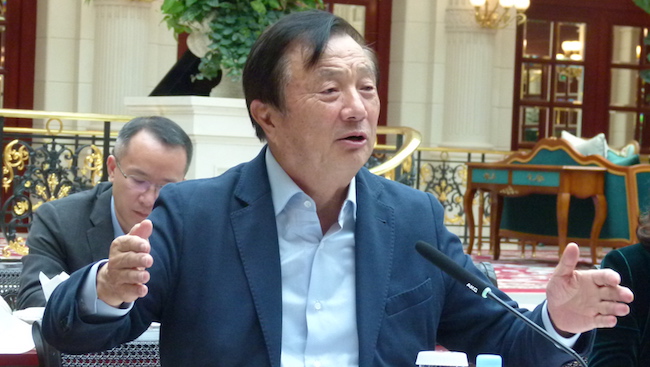 In a rare media briefing at the company’s headquarters in Shenzhen, Huawei founder and CEO Ren Zhengfei (pictured) weighed into recent scrutiny of its equipment and ties to China’s government, declaring the vendor will not suffer the same setbacks as domestic rival ZTE.

Ren stepped into the limelight to push the company’s strategy to be more open and transparent. Indeed, the company’s PR team hinted he may meet with the press more in the future, after not giving interviews for years.

The Huawei founder said a trade war with the US hasn’t significantly impacted its business, with revenue growth this year forecast at close to 20 per cent.

“We might face difficulties and challenges. But what happened to ZTE I believe will not happen to Huawei.”

Asked about the relationship between Huawei and the Communist Party of China (CPC), he said: “I love my country and I support the CPC, but I would never do anything to harm another country or another individual.”

Huawei is facing growing scrutiny of the security of its equipment, with several countries blocking it from forthcoming 5G network construction projects. In December 2018, rotating chairman Ken Hu called for dialogue with governments implementing such bans, asking them to present their evidence so the vendor could respond appropriately.

Ren emphasised the company has never received a request from China’s government to turn over a customer’s data and is not required to maintain a backdoor in its equipment.

His overall message was that suspicion should not be used to replace fact, arguing its focus on customers means its networks will remain secure.

With only a handful of US senators seeing Huawei as a threat, Ren said the company will continue to communicate to try to make progress. However, he pointed out: “We don’t know much about each other, and don’t have channels to communicate with the US government.”

But, he said if it isn’t allowed to sell in certain markets, it will shift focus to countries willing to deploy its gear and use them as “examples to prove we are trustworthy”.

Party connections
Ren said Huawei’s equipment is used by around 3 billion users across 170 countries. The vendor has maintained a solid track record on security and there has been no major network outage, he noted.

“As long as we develop compelling products, I believe we will have customers. What matters is working to improve internal management, and improve products and services: that’s the way to address challenges of the changing world,” he said.

The company invests $15 billion to $20 billion a year in R&D and plans to raise the level to $100 billion over the next five years.

Regarding concerns technology could split into two camps, one US-led; the other backed by China, he said such a move would only harm the interest of the world by adding to the deployment costs.

“Unified standards, which the technology community has worked hard to forge, are a good example for the entire world to move to a more intelligence world. Personally, I’m a supporter of strong global standards.” 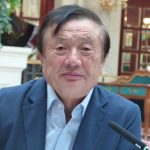 Ren was unable to comment on the status of his daughter and Huawei’s CFO Meng Wanzhou, who was arrested in Canada, noting it is an ongoing case: “But as a father I miss her very much”.

He downplayed his experience in the military, noting that while he had dreamed of becoming an officer, in the end “I ended up without a high military rank”.

However, Ren noted his time in the army gave him the opportunity to work with highly advanced technologies, after the military took over the construction of a synthetic fabric factory using technology from France. At the same time, since it was the beginning of China’s Cultural Revolution, he learned to endure severe hardships including a lack of food and clothing at a time when temperatures dropped as low as minus 28 degrees Celsius.

He noted workers on the factory project were encouraged to read (a departure from most sectors in China at the time), which was essential to learning about operations of the advanced factory.