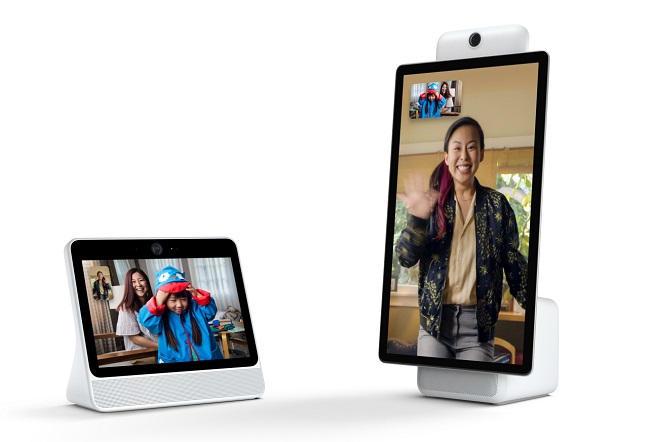 Facebook made its entrance into the hardware space, debuting two new Amazon Alexa-enabled smart displays to expand its presence in users’ homes even as it battles fresh privacy concerns.

The company’s new Portal device is designed with video in mind and comes in two models: a $199 standard version with a 10-inch fixed screen and a $349 Plus edition with a 15-inch swivelling display.

Both models come with smart camera technology, which follows a user’s movement and automatically pans and zooms to keep them in frame during video calls, as well as augmented reality effects. Facebook said Portal will also include smart sound technology to minimise background noise and voice controls triggered by the phrase “Hey Portal”.

Users will be able to make video calls to others without the device, connecting through the Messenger app on a smartphone or tablet. The device can also be used to listen to music or watch shows. Facebook already announced partnerships with Spotify Premium, Pandora and iHeartRadio for music and Facebook Watch, Food Network and Newsy for video content, with more to come.

Privacy and competition
Facebook’s hardware debut comes as the company battles a fresh round of privacy troubles, after a hack left 50 million user accounts exposed.

The company reiterated its commitment to privacy in Portal’s release, noting features which allow users to disable the device’s camera and microphone with one tap and set passcodes to keep the screen locked when not in use. Portal also comes with a camera cover, which lets users cover the lens while maintaining the ability to receive calls and use voice commands.

Facebook stressed it “doesn’t listen to, view, or keep the contents of your Portal video calls,” adding its smart camera and sound technologies use artificial intelligence stored locally on the device rather than Facebook’s servers. Portal does not use facial recognition technology, it said.

But it remains to be seen how many users will turn to Facebook with similar offerings on the market from dominant competitors. Amazon recently launched its revamped Echo Show smart speaker, which offers a 10-inch display for $230, and Google is expected to unveil a new Home Hub with a 7-inch display at an upcoming launch event.