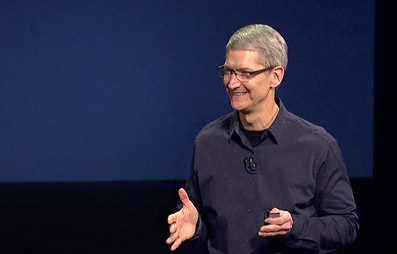 Apple chief Tim Cook said the company will not create a converged iPad/MacBook device, stating that it “feels strongly” that such a product would lead it to “compromise in different ways”.

In an interview with Independent.ie, he said that “we feel strongly that customers are not really looking for a converged Mac and iPad”.

“We want to make the best tablet in the world and the best Mac in the world. And putting those two together would not achieve either,” he continued.

While Apple has recently launched its highest-spec iPad to date in the shape of iPad Pro, this device is still powered by Apple’s iOS platform for mobile devices.

And Microsoft’s most recent Surface unveiling saw it launch a hybrid device called Surface Book, which seems to be exactly the kind of device Cook is pooh-poohing.

With the two companies coming to the battle from different directions, Cook said: “It’s true that the difference between the X86 [PC/Mac] and the A series [Apple’s iOS products] is much less than it’s ever been. That said, what we’ve tried to do is to recognise that people use both iOS and Mac devices.”

As part of his iPad Pro promotional efforts, Cook said that buyers “will start using it and conclude they no longer need to use anything else, other than their phones”.

But, presumably with the realisation that also means that Mac sales will be impacted, he has now said that “we don’t regard Macs and PCs to be the same” – despite the incredible similarity between the products.