Blog: Does it matter which region wins the 5G race? - Mobile World Live

Blog: Does it matter which region wins the 5G race? - Mobile World Live

Blog: Does it matter which region wins the 5G race? 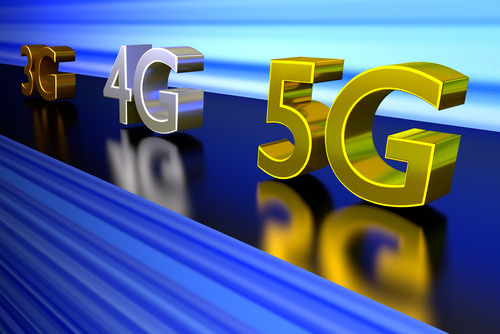 Much was made at the recent Mobile World Congress about the race to 5G: which region is currently leading development of the technology and, thus, is most likely to be the first with commercial services.

The situation was neatly summarised by Ericsson CEO Borje Ekholm, who during a keynote said 5G development is currently being driven by companies in Northeast Asia and North America. However, he rejected the implication the lead taken by those regions means Europe is being left behind, noting there are a number of 5G trials underway in the area.

Indeed, with 3GPP issuing its first standard, the 5G New Radio (NR) specification for non-standalone operation, in December 2017, global tests have accelerated to the point that many operators began discussing potential business cases for the next-generation technology.

The first commercial 5G networks are expected to be up and running by the close of this year, and the GSMA’s Mobile Economy report, issued during MWC, predicted 14 per cent of global connections will run on 5G networks by 2025. Impressive as that might seem, the same report tipped 4G connections to remain dominant by that date, accounting for 53 per cent of the total compared with 29 per cent in 2017.

All of which begs the question: does it really matter which region is the first with a commercial 5G service?

What the analysts say 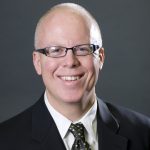 Will Townsend, senior analyst at Moor Insights and Strategy specialising in carriers and enterprise networking (pictured, right), believes the answer is yes.

He told Mobile World Live (MWL) operators which “make the upfront 5G investment stand to have first mover advantage” in terms of deploying new services and “realising monetisation opportunities”. European operators are unlikely to be among those early movers because the EMEA region “will lag North America and China in particular” in terms of 5G deployment.

“The tier-one carriers in North America and China have also announced aggressive timelines in what seems to be a 5G arms race.”

However, even in the regions tipped to be first with 5G, not all operators are equal. Townsend noted smaller operators will struggle with the return on investment for 5G services, pointing out “use cases such as smart cities, tele-surgery, factory automation and autonomous driving among others” are “still nascent”.

Dimitris Mavrakis, research director at ABI Research, echoed Townsend’s view that China will be among the first to see commercial 5G services. However, he told MWL operators in the country may not necessarily be able to capitalise on their first mover advantage internationally. “We see China being a leader in this area, which will create an advantage within the domestic market, but will not likely create competitive pressure for other mobile service providers abroad.”

Mavrakis said ABI Research expects the enterprise vertical services which will be enabled by 5G to vary from market to market “not necessarily due to technology, but according to mobile service provider appetite to address these markets”. Operators targeting the consumer sector will likely sell the technology “as a faster network”, while those focusing on enterprise services “will require a significantly higher investment, including a new core network, a new operational structure and generally more effort”.

Other factors
The focus on which region will be the first with commercial 5G services also overlooks some key challenges.

Townsend noted operators gearing up to launch services later this year or early in 2019 will face a paucity of compatible devices. “I don’t envision services will be realistically available until both sync up in mid-2019.”

“Full market potential probably won’t be realised until late 2020, so the investment timeline for 5G will be long.”

Mavrakis (pictured, left), meanwhile, noted the standardisation process for 5G will play a part in operator deployments, explaining large-scale rollouts are unlikely until specifications are finalised. Operators which launch services before this are likely to ask equipment vendors for “future compatibility to the official 5G NR standard” to be able to take advantage of “the economies of scale the global market will create”.

While Mavrakis cited Verizon as a prime example of the standards problem (it aims to deploy fixed-wireless 5G by the year-end), he predicted most mobile operators around the world “will likely wait for standards-based infrastructure to mature before deploying nationwide.”