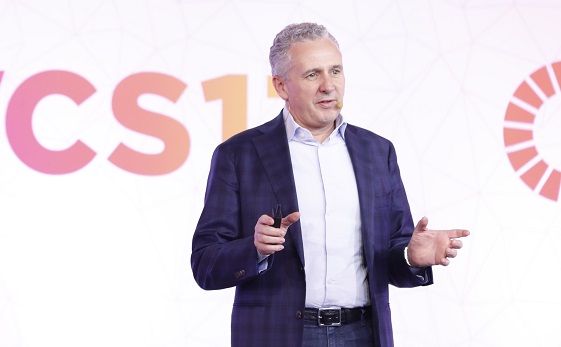 During the company’s investor day, CEO Andrew Penn (pictured) said while the mobile sector will continue to see ARPU decline for the next 12 months or so, this metric and revenue are forecast to increase with the rollout of 5G. The operator also expects a decline in post-paid ARPU experienced in the first half of fiscal 2020 (ending 31 December) to moderate in H2.

Penn said all operators have struggled to deliver attractive returns over the last decade, noting demand for more coverage, speed and capacity had driven up capex as a percentage of sales. At the same time, he said revenue and ARPU across the industry have been broadly flat, resulting in falling RoI globally.

Given the flat revenue outlook, the market leader aims to cut underlying fixed costs by a cumulative AUD2.5 billion ($1.7 billion) by fiscal 2022 compared with fiscal 2016, with AUD630 million in savings targeted in fiscal 2020.

In September, the operator reduced its revenue guidance for fiscal 2020 by AUD400 million after NBN Co pushed back its target for being cash positive by a year. In August, Telstra took an AUD600 million hit on its EBITDA related to the business.

The operator also expects costs of around AUD300 million associated with its Telstra2022 restructuring plan in fiscal 2020.

Be prepared
Penn said the company is pushing “to be in a position to have a seat at the table” in case NBN Co is privatised after the network is fully deployed.

“It is impossible to predict what the telco world will look like at that point and when the government might decide to privatise NBN.”

He explained it is unclear whether Telstra would have an interest in being part of any structure involving NBN, but such a move would not be possible if its operations “were still structurally integrated, which is why it makes sense to move ahead with Telstra InfraCo”, a plan to create a wholly-owned business unit comprising its fixed network assets, NBN Co commercial activities and wholesale division.

The CEO noted the company requires new skills in new areas as it moves towards 5G, software defined networks and NFV, highlighting software engineering, data analytics and AI as examples.

Telstra launched 5G in May and with service now available in parts of 25 cities across Australia.

Its capex target for fiscal 2020 is about 14 per cent of sales, down from 18 per cent from fiscal 2017 to 2019. Once the NBN rollout is completed, it expects the capex-to-sales ratio to trend closer to 12 per cent.

Subscribe to our daily newsletter Back
Previous ArticleGSMA boss pushes impact of mobile on MENA
Next ArticleIntelligence Brief: Is the media market all sewn up?