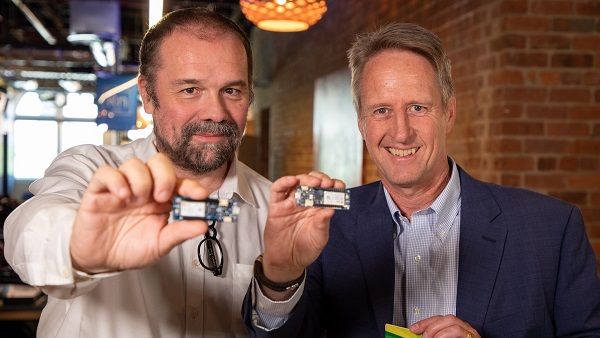 Telstra entered into an exclusive partnership with Arduino, an open-source electronics platform based on easy-to-use hardware and software, to open up access to the operator’s IoT network to more developers.

In a statement, Telstra said it will be Arduino’s sole operator partner in Australia. The alliance will link its IoT network with Arduino’s ecosystem, with the aim of delivering IoT innovations by connecting developers, start-ups and students.

As part of the tie-up Telstra will soon release the Arduino MKR NB 1500 IoT developer board in Australia. It is compatible with NB-IoT and LTE-M networks, and is designed to enable rapid field trials and deployment of cellular connected devices, the operator said.

Telstra CTO Hakan Eriksson (pictured, right) said the operator has more than 3 million square km of LTE-M coverage across Australia, and in January 2018 rolled out NB-IoT coverage in major Australian cities and many regional towns.